What kinds of things does he say? 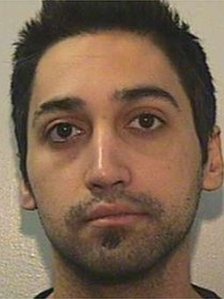 A man who used his iPad to film himself raping a woman has had his prison sentence increased following a court appeal by the attorney general.

Hesam Khosravi, 24, was jailed for six years in January for the attack at a flat in the Trafford area last year.

Judges at London’s Court of Appeal agreed with Dominic Grieve the sentence had been “unduly lenient” and raised Khosravi’s sentence to 11 years.

Lady Justice Hallett said watching the attack had been “excruciating”.

Khosravi, who tried to claim during his court appearances the attack had been consensual “role-play”, admitted raping his victim twice while filming it on his tablet computer.

The Iranian immigrant was ordered to sign on the sex offenders register on sentencing and faces a deportation application on release.

Also at the Daily Mail: