Eleven Muslim men to go on trial in Liverpool on Feb. 6th, for the organised gang-raping of little girls

A few days ago my colleague Eeyore touched upon the now notorious “British National Union of Journalists guidelines on race reporting”.

Today brings another example of what these astonishing set of instructions, in a supposedly “free” country, mean in practise: the deliberate and intentional concealment of reality. The purposeful avoidance of reporting unpalatable truths.

The truth in this case being the terrifyingly enormous scale of organised gang rape in Britain. The victims being non-muslim children, the perpetrators being almost exclusively Muslim men.

This will of course come as no surprise to readers of vadtepesblog.com given that we’ve reported the extent to which this is an entirely global phenomenon wherever Muslim men first, exist in large enough numbers to feel bold enough to comply with Quran 4:24 (and the hadith in Sahih Muslim 2:3371-3374, and the Sunan of Abu Dawud 2:215), and second, are in close enough proximity to defenceless non-muslim females. Denmark, Pakistan, Australia, Egypt, Britain… the story is the same and has been for fourteen hundred years. 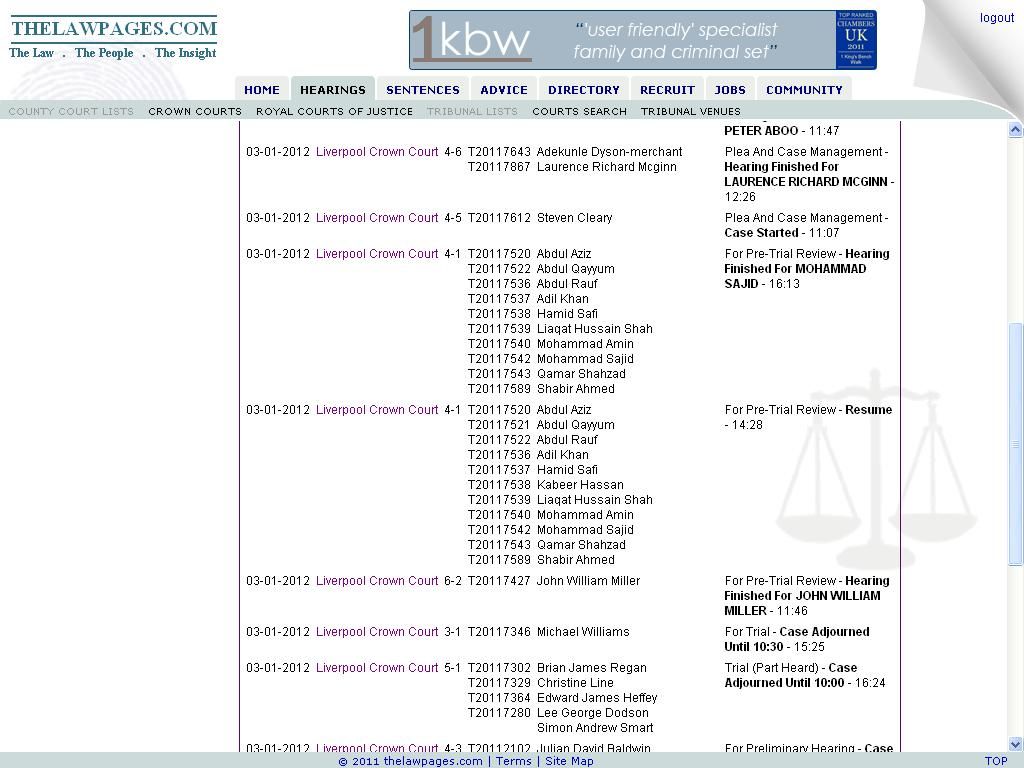 What is galling of course is the extent to which the national non-muslim media in non-muslim countries like Britain cheerily go along with this practise. Underplaying its scale, or intentionally obfuscating its origin. No reader of a local or national newspaper, or television channel in Britain, will have had any idea whatsoever that yet another Islamic child-rape gang is to be tried on the 6th of February of this year at Liverpool Crown Court. Of course not, they are not supposed to know.

h/t Thank you to the contact at the Crown Prosecution Service who passed the trial calendar and further information to me.