Its getting closer and closer to the time where people had better chose their priorities and decide with whom they feel allegiance. 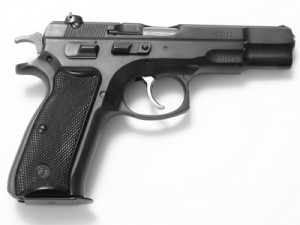 I was just informed by a mate in the UK that one of the leaders of the English Defence League (EDL) was shot at by a Muslim in full jihad mode.

“It is with regret that I have to give you this expected news, but tonight we have seen the religion of peace in their full glory. One of the EDL leaders Kevin Carrol has been targeted by Muslim gangs in Luton and has been shot at several times. Details are a little sketchy as armed police have the area contained at present. Kev and his family are safe I can confirm that much. More info to follow.”

Thankfully, Kevin is unharmed, but do not even begin to think that this is over! Far from it… I would not be surprised if civil wars break out across Europe because of the tides of Muslim immigration which heighten the tensions between Muslims & non-Muslims living there. The result is further disruptive occurences that Muslim immigrants inflict upon Eurpopean society. Muslim immigration which should have been halted years ago.

For the related videos please click through to here: