By George Friedman and Scott Stewart of STRATFOR: 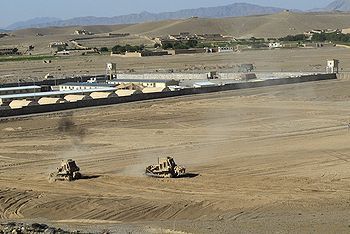 As Khalil Abu-Mulal al-Balawi exited the vehicle that brought him onto Forward Operating Base (FOB) Chapman in Khost, Afghanistan, on Dec. 30, 2009, security guards noticed he was behaving strangely. They moved toward al-Balawi and screamed demands that he take his hand out of his pocket, but instead of complying with the officers’ commands, al-Balawi detonated the suicide device he was wearing.

The explosion killed al-Balawi, three security contractors, four CIA officers and the Jordanian General Intelligence Department (GID) officer who was al-Balawi’s handler. The vehicle shielded several other CIA officers at the scene from the blast. The CIA officers killed included the chief of the base at Khost and an analyst from headquarters who reportedly was the agency’s foremost expert on al Qaeda. The agency’s second-ranking officer in Afghanistan was allegedly among the officers who survived.
Al-Balawi was a Jordanian doctor from Zarqa (the hometown of deceased al Qaeda in Iraq leader Abu Musab al-Zarqawi). Under the alias Abu Dujanah al-Khurasani, he served as an administrator for Al-Hesbah, a popular Internet discussion forum for jihadists. Jordanian officers arrested him in 2007 because of his involvement with radical online forums, which is illegal in Jordan. The GID subsequently approached al-Balawi while he was in a Jordanian prison and recruited him to work as an intelligence asset.
Al-Balawi was sent to Pakistan less than a year ago as part of a joint GID/CIA mission. Under the cover of going to school to receive advanced medical training, al-Balawi established himself in Pakistan and began to reach out to jihadists in the region. Under his al-Khurasani pseudonym, al-Balawai announced in September 2009 in an interview on a jihadist Internet forum that he had officially joined the Afghan Taliban.

A Lucky Break for the TTP