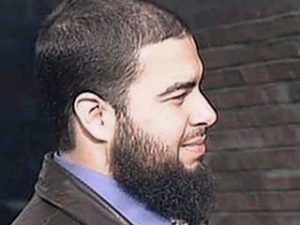 Fox News…  A 27-year-old Massachusetts man has been charged with conspiring with others to support and plan violent jihad in and outside the United States, including terror plots to attack U.S. shopping malls and U.S. military in Iraq.Federal officials in Boston say Tarek Mehanna of Sudbury worked with others from 2001 to May of 2008 to provide support and resources in a conspiracy to “kill, kidnap, main or injure” people in foreign countries and to kill prominent U.S. politicians.
Mehanna was charged in a complaint with conspiracy to provide material support to terrorists, according to the Department of Justice.

The complaint further alleges that the co-conspirators attempted to radicalize others and inspire each other by, among other things, watching and distributing jihadi videos.

Federal prosecutors say Mehanna and his conspirators planned the logistics of a mall attack — including the possibility of attacking emergency responders. However, authorities say the plot was not carried out because they could not get automatic weapons.

“Mehanna and the co-conspirators had multiple conversations about obtaining automatic weapons and randomly shooting people in a shopping mall, and that the conversations went so far as to discuss the logistics of a mall attack, including coordination, weapons needed and the possibility of attacking emergency responders,” the Justice Department said.

If convicted on the material support charge, Mehanna faces up to 15 years in prison, to be followed by three years of supervised release and a $250,000 fine, the Justice Department said.

Mehanna was arrested in November 2008 for allegedly lying to authorities about the whereabouts of a man who trained with Al Qaeda members with the goal of overthrowing the Somali government.

In December 2006, Mehanna got a phone call from American Daniel Maldonado, who urged Mehanna to join him in Somalia, where he was training for jihad.

But when interviewed by FBI a few days later, he told FBI that Maldonado was in Egypt working for a Web site.

The FBI also interviewed Mehanna about a trip he and two othes made to Yemen in 2004.