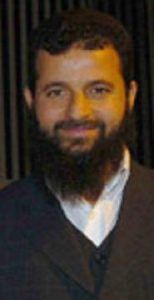 TIMESONLINE… The head of the Islam Channel, Britain’s most popular Muslim television station, has been arrested in South Africa and faces deportation to Tunisia over terrorism allegations.

The Times disclosed more than a year ago that Mohamed Ali Harrath, a Scotland Yard adviser against Islamic extremism, was wanted by Interpol because of his alleged activities in his homeland. His arrest on Sunday after a flight from London is being blamed by supporters on a security clampdown by the South African authorities in the run-up to this summer’s World Cup.

Harrath, 46, is the force behind the Islam Channel, which is watched by 59 per cent of British Muslims and beamed by satellite to 132 countries. He has been fêted by politicians, with the Liberal Democrat leader, Nick Clegg, the minister Shahid Malik and the Tory frontbencher Dominic Grieve attending his annual festival. The Mayor of London, Boris Johnson, gave him a platform to address thousands in Trafalgar Square in September at the official taxpayer-funded event to mark the end of Ramadan. Harrath, who has a heart condition, collapsed during his arrest and is being treated at Eugene Marais hospital in Pretoria, where he is under police guard. The broadcaster has been convicted in absentia of numerous criminal and terrorism-related offences by Tunisian courts and sentenced to 56 years in prison.