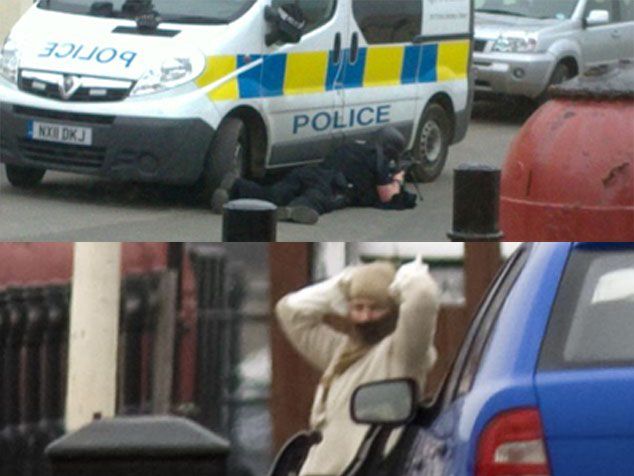 Saltburn is a small seaside town in the North East of England, the part of North Yorkshire that contains Middlesborough, and one of the depressed working class areas where Muslims have moved to in droves.

The only thing astonishing about this story, is that:

(a) The MSM are covering it: this is porbably due to that fact that the story was broken by a citizen journalist site.

(b) Politicians will claim it is an isolated incident.

(c) The powers that be will assure everyone that where we’re headed is a future in which things like this are less, rather than exponentially more, likely.

Portrait of Britain 2012: Armed police train guns on veiled woman fearing she has bomb in her bag 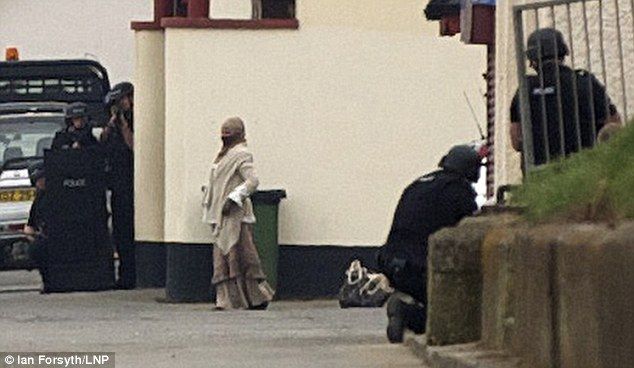 Armed Police surround the woman in Saltburn, Teesside, and take aim. Her bag is behind her.

It is a chilling image that will go around the world – police taking aim at a woman in a hijab after a tip-off claiming she could have a bomb in her bag.

It is not known if the holdall contained an explosive or not but officers were not taking any chances.

The incident is on-going eight hours after it started at the seafront in Saltburn, Teesside, today. Army bomb disposal experts are believed to be on site.

Armed Police surround the woman in Saltburn, Teesside, and take aim. Her bag is behind her

Cleveland Police have not yet confirmed the exact nature of the incident but said it was sparked after ‘information’ they received about the woman’s conduct. They said the area has been cordoned off and they are concerned about the welfare of a woman.

Eyewitnesses reported seeing a white woman wearing a dress with a veil sitting on a bench surrounded by armed police, who were alerted shortly after 11am. At 6.40pm, negotiations with her were still taking place.

Residents in Saltburn say they believe it is a woman local to the area.