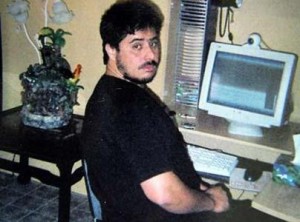 TORONTOSTAR… MONTREAL-A rural Quebec man was sentenced to life in prison Wednesday for his role in an overseas terrorist bomb plot by an Al Qaeda affiliated group.

It is just the second time in Canadian legal history that a life sentence has been handed down in a terrorism case, after the one last month to one of the so-called ‘Toronto 18′, Crown prosecutors said.

The terror attack was motivated by those countries’ military presence in Afghanistan.

Namouh was involved with the Global Islamic Media Front, an organization recognized by the court as a terrorist group that took part in propaganda and jihad recruitment.

The organization is described as an Al Qaeda media tool.

Namouh, 37, will have no chance of parole for at least 10 years.

Quebec court Judge Claude Leblond said Namouh remains dangerous and remorseless whereas in other Canadian terrorism cases, some of the accused had seen the error of their ways. Taqyyia

Leblond noted that an attempt by Namouh to seek the court’s favour by taking the stand during his sentencing hearing last November had the opposite effect.

“In no way since the events has he distanced himself from terrorism,” Leblond said in his judgment.

“His attempt at manipulating the court during his sentencing hearing reveals the danger he continues to represent.”

Namouh was arrested by the RCMP in Maskinonge, Que., in September 2007, and will get credit for time served since then.

The earliest Namouh would be eligible to apply for parole would be 2017.

Namouh was found guilty of one count each of conspiracy to detonate an explosive device, participating in a terrorist act, facilitating an act of terrorism and committing extortion for a terrorist group.

He was sentenced to life for conspiracy and, on the other charges, to four, eight, and eight years, concurrent to the life sentence.

Part of the wealth of evidence against Namouh included a report that indicated a wide-ranging hit list of possible targets, although the targets were never mentioned in the specific charges.

They included Vienna-based OPEC, prominent German and Austrian government officials and politicians, as well as the Euro 2008 soccer tournament.

The Crown argued that Namouh was on the verge of carrying out the plan, while the defence called that notion far-fetched.

The evidence presented during his trial showed that Namouh spent countless hours on jihad forums and preparing propaganda videos.

The Crown got the life sentence it wanted.

“The message is for people, not only in this country but abroad also,” said federal prosecutor Dominique Dudemaine.

“You cannot come into Canada to carry out a plot here or elsewhere. We are not a safe haven.”

Namouh’s lawyer had argued for a short sentence and had called the Crown evidence overblown as concerned to Namouh’s enthusiasm for jihad.

“I’m not at all convinced that the evidence is compelling that the gentleman is as dangerous as he is being portrayed now,” Rene Duval said.

Duval said that his client had access to paltry legal aid and little chance against a prosecution and police team with enormous resources.

Duval said Wednesday that he needs to look at the judgment, and said an appeal is possible.

Namouh is a permanent resident. Canada has already begun procedures to have him deported to his native Morocco.