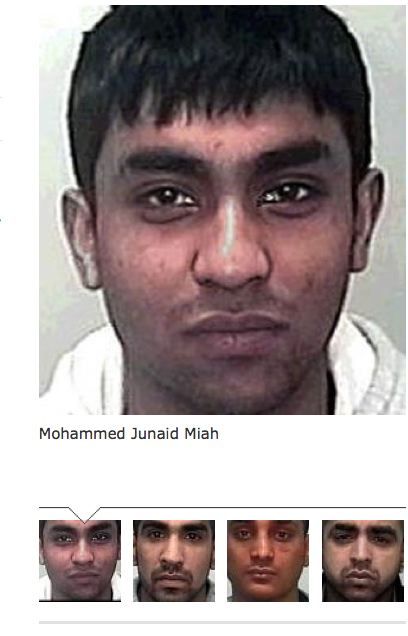 Why hollywood squares would never work in Saudi Arabia

A gang of men involved in “atrocious” violent disorder with weapons on the streets of Keighley have been locked up for a total of more than 12 years.

Mohammed Shabir, 26, of Clarendon Street, Knowle Park, Keighley, who admitted wounding with intent and violent disorder, was jailed for a total of four years and nine months.

Mohammed Habib Ullah, 22, of Malsis Road, Keighley, pleaded guilty to violent disorder and money laundering and was jailed for two and a half years, while Mohammed Kabir Bashir, 24, of Clarendon Street, who admitted violent disorder, was given 21 months in jail.

Judge Peter Benson said the disorder, which happened on March 24, 2008, in Queen’s Road, Keighley, occurred when at least 13 men travelled in vehicles to confront two other men.

The judge said the background to the incident was unclear. He said: “What is clear is that a number of these people were armed with weapons like baseball bats, bars and a cricket bat.

“A scene of atrocious disorder ensued, to such a level that passers-by were frightened to stop and intervene.”

Shabir had also been involved in a separate incident of disorder the previous month at the offices of a taxi firm at Keighley railway station. Again a group of men armed with bats and bars attacked the occupants, two of whom were treated for minor injuries. Shabir had thrown a wooden board at someone and £1,000 damage was caused.

Miah had been a participant in the “dreadful” disorder in March. He was also the “guiding hand” in a conspiracy to steal which led to his bank worker girlfriend being jailed.

Ullah drove some of the participants to and from the Queen’s Road violence as well as being involved in the money laundering offence, while Bashir “took part in a very serious piece of violent disorder in the streets of Keighley that resulted in other residents being fearful and injuries to two other people.”

Prosecutor Chris Smith said the gang of 13 went to the home of Mohammed Tariq, 34, “armed with various weapons” and carried out a mob-handed attack on him and his brother, Mohammed Jamil, in the street. The brothers were unable to defend themselves and were left wounded and bleeding.

Emma Downing, for Shabir, said he was due to become a father for the first time and had brought great shame on his family. They were ugly offences but he had pleaded guilty.

Shufqat Khan, for Miah, said he was in gainful employment and had been making efforts to keep away from previous associates.

* Mohammed Junjun Miah, 24, of Acres Street, Knowle Park, Keighley, was jailed for three months after he was convicted of conspiracy to steal.

Miah, who worked at HML in Skipton, handed on a £3,000 cheque stolen from Bracken Bank Community Centre in Keighley.