A reader of Vlad posted a link to a story I was fully unaware of till now. (Thank you moss) I am currently researching it and attempting to grasp the enormity of it. Till then, here is a photograph of over 800 skulls of people Muslim invaders butchered for refusing to convert to Islam which the re-takers of the city in Italy in 1480 put behind glass walls in the cathedral.

It is interesting to note that the pope in Rome called for a crusade in response to this horror and that according to wikipedia. 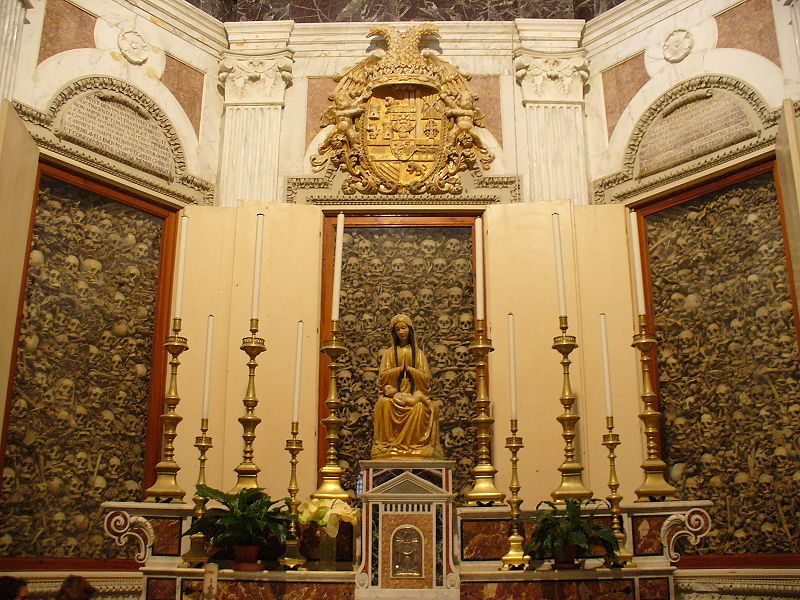 From the wiki link:

Since it was only 28 years after the fall of Constantinople, there was some fear that Rome would suffer the same fate. Plans were made for the Pope and citizens of Rome evacuate the city. Pope Sixtus IV repeated his 1471 call for a crusade. Several Italian city-states, Hungary and France responded positively to this. The Republic of Venice did not, as it had signed an expensive peace treaty with the Ottomans in 1479.

In 1481 an army was raised by king Ferdinand I of Naples to be led by his son Alphonso II of Naples. A contingent of troops was provided by king Matthias Corvinus of Hungary.

2 Replies to “Crusades defensive then, will be defensive again. Ottoman invasion of Otranto”