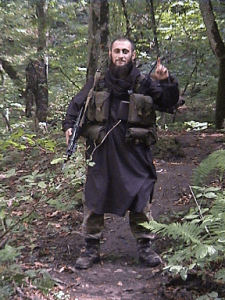 BBC NEWS-  Two police officers have been killed and two others wounded in a series of attacks in the southern Russian republic of Dagestan, officials say.

In the first incident, a police major was shot in the head while on his way to work in the capital, Makhachkala.

Another officer who had taken part in an operation to arrest gunmen suspected of killing a policeman three days ago later died in a gun battle in the city.

Overnight, two other policemen were wounded when their car was attacked by gunmen on a road in Dagestan.

The Caucasus republic has long been plagued by violence often linked to Muslim separatist rebels in neighbouring Chechnya.

The leader of the Jamaat Shariat rebel group on Thursday issued a statement on its website claiming responsibility for the killing.

“We carried out a special operation to annihilate God’s worst enemy and one of the leaders of blasphemy in Dagestan,” said Ibragim Gadzhidadayev, who is wanted for the murder of a Dagestani MP.