An original translation from Der Westen: 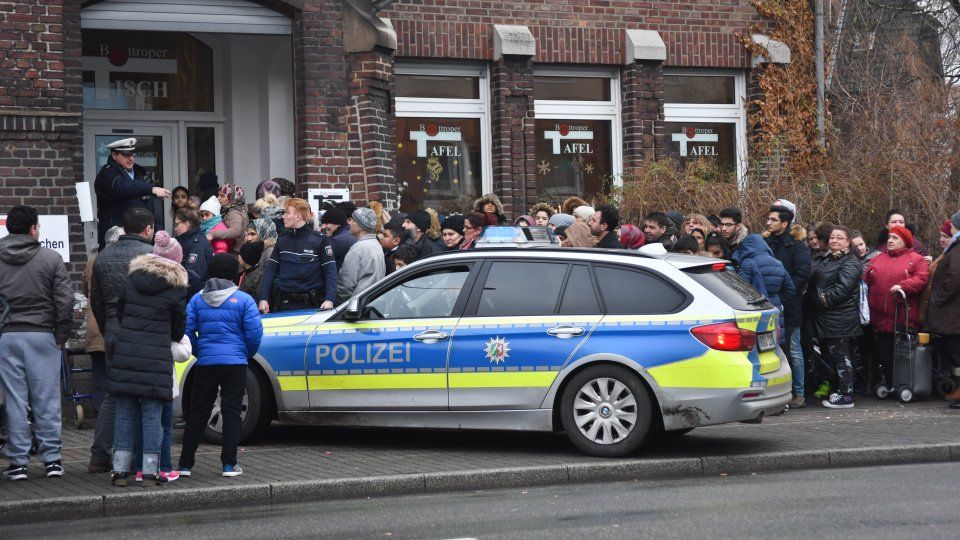 Bottrop. It was intended as a contemplative pre-Christmas event: the food bank Bottrop gave away small gift parcels on the third advent.

But the rush was so big already in the early morning hours that the police had to establish order in the jam. “Not all of those waiting had a command of the German language”, says Dieter Kruse, first chairman of the food bank Bottrop. “About 200 people had come – everyone wanted to be first.“

Those who were waiting in the first row were squeezed against the entrance door in the tumultuous scenes.

In order for those in need of help to form a line, the police was called. The officers, with the help of the local office of public works, erected barricades, to get order into the rush.

First persons were already waiting at 5 AM

“The first people were already there at 5AM”, Kruse continues: “But we only opened at 10AM.“

The food bank had asked the citizens of Bottrop to donate. Therefore, they were able to make the small parcels with foodstuffs.

Around noon, the situation calmed down. According to Kruse, only 10 to 15 people were waiting in front of the door at noon. There still were enough presents, the food bank had prepared 1200 small parcels.

The Christmas surprise parcels can be fetched until 4PM in the Gladbeckerstraße 108 .