Lets wait and see how this all pans out, but there are some real heavyweights who are pushing for the investigation. KGS For now, we are talking only about preliminary investigation,” she told Kosovo Albanian language media.

“The results of the investigation have to be kept secret,” she added.

EULEX is probing claims that high-ranking KLA officers were involved in trafficking of human organs removed from hundreds of Serb prisoners during the Kosovo 1999 war and afterwards.

The disturbing claims were made in a January report by an investigator for Europe’s top human rights watchdog The Council of Europe, Dick Marty.

Marty, a Swiss lawyer, said the operation couldn’t have been carried out without the knowledge of the current Kosovo prime minister Hasim Thaci, who was then political director the KLA, which fought for independence from Serbia.

Thaci and other Kosovo officials have rejected the accusations as “Serbian propaganda”, but said they were ready to cooperate in an international investigation.

Waiting for our flag ID guy to tell me what this flag is. This picture is from what a comment here on Vlad told us is the German shooter’s facebook page or more accurately put, the Kosovar who shot the Americans in Germany’s facebook page 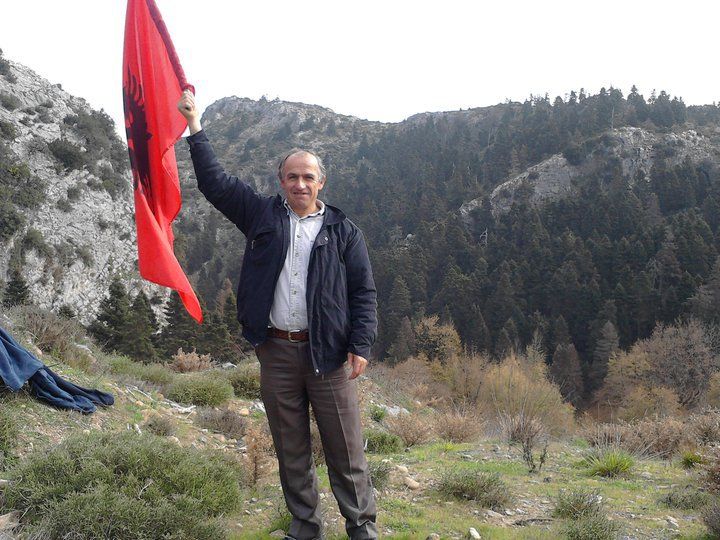 I am looking for the report where he was quoted as shouting the usual litany of Islamic nonsense as he killed and attempted to kill people. I have it from a good source.

I really hope this gets the media attention it deserves. More likely some white guy will drop a banana peel near a mosque and we will have to watch that on the news for the next six months. Meanwhile…

Gates of Vienna has a lot on this important issue. Please have a look at what the Baron wrote on this video.