An original translation from German magazine Der Spiegel. Please note that due to their political bias, Der Spiegel here depict measures as drastic and excessive that one might see as quite reasonable.

EU Documents
Migrants to be deported to Niger
Europea increasingly seals itself off from migrants. According to internal documents, people in need of protection are to be flown back to Niger. The Federal Government [of Germany] supports this.
By Markus Becker, Brussels
September 6, 2017
Little time? There is a summary at the end of the text.

The European Union is increasing their efforts to keep refugees and migrants from Africa away – and it appears they are ready for increasingly drastic measures. This is what internal papers and answers to parliamentary inquiries prove that Spiegel have obtained.

The core of the plans is to stop migrants long before they venture from Libya and other Northern African countries out on the Mediterranean. It is already known that the EU intends to achieve this with development aid, the military buildup of African military and police units, and a stronger surveillance of the Mediterranean. The new documents show just how far the Europeans are ready to go.

One of the central points is the retransition of people to their homelands. Even “migrants in particular need of protection” are not to be brought into the EU from Libya, but flown to Niger. Allegedly, the UNO refugee relief organization UNHCR agreed upon such deal with the government of Niger. This is what the answer of the Federal Government [of Germany] to a ‘small inquiry’ of The Left [Die Linke] in the Bundestag says.

In Niger, the need for protection of the migrants then is supposed to be thoroughly examined, and perhaps the possibility of bringing them into the EU might be considered. But the paper leaves open why such an examination would be necessary in Niger, when the need for protection has already been established in Libya – as well as the question who is going to carry out the examination in Niger. Upon repeated inquiry, the Foreign Ministry referred to the UNHCR.

EU Commission to enforce retraction agreemend “with all means”

The Left strongly criticise the plans. “The long-cherished dream of European hardliners will become true under Angela Merkel, architect of the fortress Europe – the establishment of European camps on the African continent”, says the speaker for European policies of The Left, Andrej Hunko. The UNHCR were making themselves “the helpman of the European migrant Abwehr”. Constantin Hruschka, jurist in Bielefeld, voices concerns, too. The right to an asylum procedure were an “essential part of the right to protection from persecution or torture or inhumane or humiliating treatment”. If the access to such procedure were denied, this were a breach of those rights.

A speaker of the UNHCR refuted the accusations. One were only reacting to the humanitarian emergency in Libya. To bring some of them to Niger were a “humanitarian answer”. The question of a resettlement of migrants to Europe were a discussion which needed to be held subsequently. “We want a legal way to Europe for these people.”

The commission just shortly ago showed how serious they are about the retraction of rejected asylum seekers. At the end of July, the authorities in Brussels detailed to the embassies of the member countries how they planned to implement their new migration action plan. The internal letter says that retraction agreements and “practical agreements” with third party countries were to be introduced – “using all means”.

According to the commission’s plan, Libya is to be provided with information: the starting points of migration in third-party countries were to be monitored more closely, suspicious vehicles detected and traced by satellite and aerial images. To stay up to date about new trafficking routes, the EU asylum authority Easo could surveil traffickers and migrants, and the “discourse on asylum”, in social media – in Arabic, Farsi, Dari and Pashto, the implementation plan which was obtained by Spiegel says.

The strenghening of military and security forces in African states, too, is to go further than previously known. At the end of July, the EU commission and Italy agreed to provide Libya with training, vessels and land vehicles, communication equipment, and the setup of command centres. It appears that a new project comes in addition, a “pilot activity” on the Libyan southern border, the “exact organization” of which is to be set after an exploratory mission, the Federal Government’s answer to the inquiry by The Left says.

The EU might take more action in Niger, too, which 90 percent of all migrants from Western Africa pass through, as an internal document from the EU exterior agency EAD reveals. The EU mission Eucap, which is training security forces in Niger for their fight against terror and organized crime, “made noteworthy progress on a strategic level” in the first half of the year. At the same time, EAD suggests to their member states to more strongly support the operations in Niger against human, drug, and weapons trafficking.

Armament in the Fight against Migration

The militarization of the fight against migration is advancing. A “G5 Sahel Joint Force” was agreed upon – a joint military unit of the states of Mali, Niger, Chad, Mauretania, and Burkina Faso, to intercept migrants before Libya. Germany and France want to send money, materials and ammunition for the troop of 5000, which, according to information of the Federal Government [of Germany] is expected to cost 423 million Euro. The EU commission in its implementation plan suggests “joint patrols” and coordination between the G5 force and the Libyan authorities – of course with the help of the EU.

It remains to be seen if this will suffice to seal off the Libyan southern border. The problem is that the border basically just exists on the map. In reality, it stretches for hundreds of kilometres of Sahara, surveillance without a gap is hardly possible. “Instead, the measures will lead ot more deaths, as the refugees will be forced to take longer routes through the desert”, criticizes The Left politician Hunko.

Still, the Federal Government [of Germany] endorses the commission’s plan. The Foreign Office set a clear goal in a directive to the embassy in Brussels: the “swift implementation” of the undertaking and a “concentrated action” of the EU and the member states. Berlin thus wants to prevent a “solo action of Italy” which feels let down by the rest of the EU in the migration crisis.

Summary: The EU wants to increase their efforts to stop migrants and refugees from Africa – long before they reach the Mediterranean. Even people in need of protection are to be flown from Libya to Niger. Additionally, the EU wants to strengthen military and police forces in African states with many millions of Euros, to avert migrants. 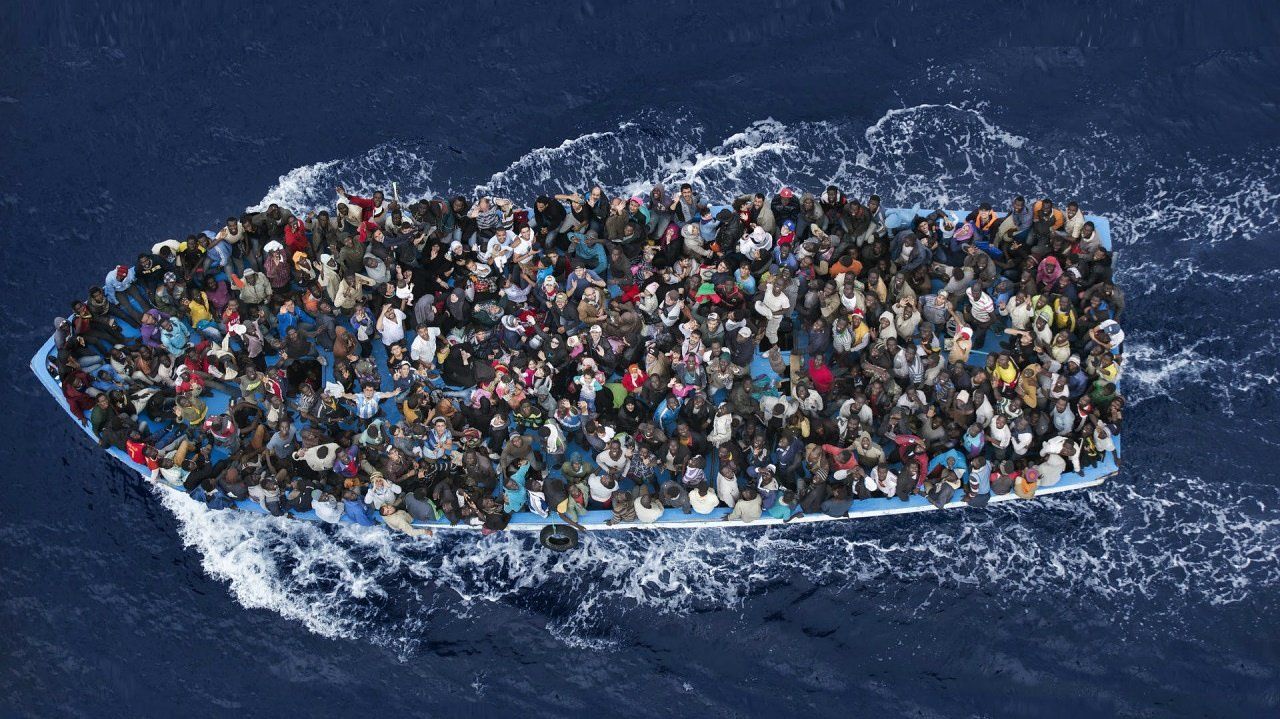 21 Replies to “Mediterranean Illegal Immigration: Is Europe finally beginning to protect itself?”