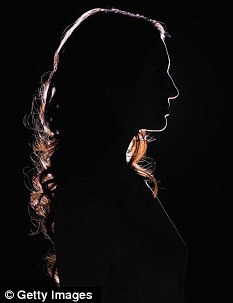 Abuse: The victim, who cannot be identified, became a slave to her abuser, the court heard

An evil father-in-law who imprisoned his son’s Pakistani bride as a sex slave has been jailed – after his victim learned enough English to call police and beg for help.

The depraved 56-year-old stripped the bride of her jewellery and passport after she came to Britain following an arranged marriage, a court heard.

He made her swear on the Koran that she would keep the abuse a secret and promised to heap shame on her by forcing her to divorce his son if she refused his demands for sex.

But after more than three months of abuse, she summoned the little English she had picked up and called 999 at dead of night to plead with the police for help.

Her life was such unbearable misery that she contemplated suicide, Bradford Crown Court heard, after her husband effectively abandoned her at his parents’ home.

The defendant, from Bradford, West Yorkshire, subjected the 22-year-old to ‘repeated and sustained’ sexual abuse, scratching her arm with a screwdriver and burning her with an iron to reinforce his authority over her, the court heard.

One Reply to “Father-in-law, 56, who kept son’s 22-year-old Pakistani bride as a sex slave was caught when she learned enough English to call 999”