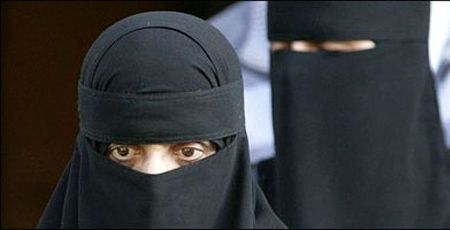 Controversy over MP election vote in Leicester this Thursday

So total is the fear of press reprisal that mainstream UK politicians have so far been totally silent on the enormously negative impact that Islamic immigration and its consequences, have had on Britain. Crassly dismissing movements like the EDL as “racists” because of the predominant colour of their participants, and lumping them together with nutty white-supremacist nobodies like the BNP.

That was until last week.

Coinciding with national local-government elections, and a referendum on voting reform, the British constituency of Leicester South is having a by-election this Thursday, to decide who to send as a new MP to Westminster. And the candidate for the UK Independence Party (UKIP), Abhijit Pandya, has caused quite a stir.

Pandya has been a common sight on the streets of Leicester campaigning under the slogan, “No to immigration. Yes to Jobs.” While the other parties have been nowhere to be seen. Unemployment is the biggest concern of ordinary folk in Leicester.

Responding to calls by the citizens to finally air the ordinary people of Leicester’s views in public, Mr Pandya wrote a blog post which was uncompromisingly frank about the true nature of Islam, and its social consequences, as demonstrated in government statistics on Muslim unemployment and welfare dependency. He did not mince his words:

A theological system that fundamentally encourages discrimination between those who believe it and those who don’t, treating the latter as second-class citizens, is backward. A system that treats women as slaves without chains is morally flawed and degenerate in its treatment of women. Cultural practices in many parts of the world which include child marriages and the death penalty for practising homosexuality are reminders that man is capable of going back to the dark ages very quickly.

The local Left-wing press, which has been significantly infiltrated by Muslims, was quick to respond. Under its headline, “Outrage as prospective Leicester MP condemns Islam on his blog” the Leicester Mercury sought to bring an immediate end to debate. The usual methods were employed, with Mr Pandya’s coruscating examination of Islamic reality above, being reduced to this sentence by the paper:

In the article, Abhijit Pandya called Islam “morally flawed and degenerate” and said he backed a controversial Dutch politician, who called Islam a retarded ideology.

We all know who that “Dutch politician” is… Pandya is in fact the head of the UK’s most prominent free speech society and is a significant admirer of Geert Wilders. He is a respected barrister and law professor, and also runs several charities dedicated to tackling youth crime in deprived areas. But that didn’t stop the Leicester Mercury smear job, and the paper wrote a further article, demanding that their readers not vote for UKIP; a clear violation of electoral law.

But the subtext of the newspaper’s reports were clear enough: get him.

It didn’t matter that Pandya had rigorously referenced his arguments, he had to be presented as an ignorant hate-monger, so he could be eliminated. Not as a principled politican deeply concerned about the employment-status of all his potential future constituents. A person who wants to save both Mulsim and non-Muslim alike from, “the abyss of exclusion and welfare.”

There have already been reports of UKIP canvassers facing harassment, threats and attack as a result of the Leicester Mercury’s distortion. While the national press has of course imposed a total silence lock-down over the issue, so fearful is the establishment that the counter-jihad message could finally penetrate the mainstream and affect the national elections on May 5th. You’ll find the story in media as far away as India, but not on any UK-wide MSM whatsoever.

In the meantime Pandya has been frequently stopped by people of all ethnicities in Leicester, and openly hugged in the street.

Pandya’s selection as the candidate for Leicester South is a cunning masterstroke by Nigel Farage and UKIP. His name and ethnicity (even though he is a committed Christian) automatically preclude the press using the “racism” label which naturally underpins all attempts to silence justified criticism of Islam. Leicester South in particular is the most diverse society in England, and is the city most likely to be the first non-native majority English town. At the same time it has been described by the State Department as having, “the most conservative Islamic community in Europe.” It is a painful example of how every community can coexist peaceably, except the Islamic one, because Islamic doctrine unambiguously proscribes such coexistence.

Should Pandya be successful this could represent the sea-change in British politics many have longed for. But the obstacles UKIP faces are considerable. First of these is the solid Labour party vote, dominated by people who feel voting for anyone else, but their own crazily pro-immigration party, endangers the welfare state. This is a tragic irony as Pandya’s most persuasive point is that the welfare state is doomed if Britain does not oppose an Islamic future.

Second, are Conservative voters who refuse to realize that voting for the Tories would be utterly wasted in sending a signal to the government. And third of course, is the Lib Dem candidate Zuffar Haq, a Muslim who is busily organizing the production of thousands of postal votes through the local mosques. Plus ça change…

But the chief barrier to success is the carefully constructed wall of silence that surrounds Pandya’s candidacy and his remarks. No doubt the establishment feel if they can just keep the people of Leicester ignorant and far far away from the polling booths this Thursday, then UKIP, who have finally it seems decided to grab the Islamic bull by the horns, will lose heart.

And in so doing pave the way politically, for Britain’s Islamic destiny.

14 Replies to “AT LAST! Politician in UK addresses issue of Islam. Press attempts to destroy him.”