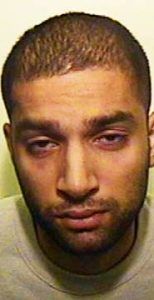 TIMESONLINE…A civil servant at the heart of a “cash for crash” scam which is costing motorists an extra £50 annually on their insurance policies was jailed in Manchester yesterday for four and a half years.

Mohammed Patel, who worked at the Department of Work and Pensions, would stage bogus road traffic accidents by braking suddenly at junctions or roundabouts to force drivers to crash into him.

The 25-year-old was involved in at least 93 forced collisions, earning £500 a time, and allowing a wider network of accomplices, mostly Asian men in Bolton, Rochdale, Oldham and Manchester, to mount inflated insurance claims worth an average £17,000.

Patel, of Bolton, Greater Manchester, made around £46,000 for his role in the fraud which netted £1.6 million. Altogether this type of fraud is costing the motor insurance industry £350 million each year — the equivalent of £49 on every motor insurance premium.

After the hearing Richard Davies, AXA UK risk manager, speaking on behalf of the Insurance Fraud Bureau, said that they have made 28 separate investigations across Britain into alleged “cash for crash” frauds. They involve thousands of bogus accidents.

He said: “From the driving public’s point of view we have started 28 separate operations right the way across the UK looking into this type of scam. It is the reason why we spent £10 million setting up the bureau.

“We view it as a threat not only in terms of premiums but as a threat to public safety. There is a significant impact on individual motorists involved in these collisions. That is not a position that should be allowed to continue.”

There were extraordinary scenes in the small court where there were so many defendants awaiting sentence that they had to use the public gallery as an overspill dock.

Judge Bernard Lever was sentencing 24 other people for their roles in the scam.

William Baker, for the prosecution, said that staff in offices overlooking the Eden roundabout on the A34 near Cheadle noticed that the same driver was involved in a similar sort of accident on a number of occasions. They became suspicious and alerted police.

On November 11, 2005 Patel was driving a Toyota Yaris which stopped suddenly on the roundabout for no apparent reason forcing a man driving to work in a van to crash into him.

Mr Baker said that the fraud rests on the understanding that motorists who hit the back of another vehicle are at fault. The van driver thus appeared to be the one to blame and an insurance claim was subsequently submitted.

The Yaris belonged to a man called Abdul Ghafoor, 58, who lives in Bury, Greater Manchester. He claimed to be driving at the time and stated that a friend, Farid Rabbani, 32, was sitting alongside him.

Both men went on to file claims for personal injury, the cost of courtesy cars as well as the cost of repairing the vehicle.

An hour later Patel was behind the wheel of a Mercedes CLK, belonging to another man, Shahid Latif, 32, at the same spot. When he slammed on the brakes a lorry driver fell victim to the same scam.

There was no visible damage to the Mercedes which was driven from the scene. However, ten days later there was apparently extensive damage to the rear when it was inspected by an insurance engineer.

Workers in the office block told the lorry driver what had happened an hour earlier and he, in turn, alerted his employer’s insurers.

Mr Baker told the court how Patel, who lived with his South African girlfriend, Ettorina Hay, 29, spent his money on a Mercedes sports car, a Lincoln Navigator 4×4, a 60-inch television, designer clothes and luxury holidays.

He said: “When police searched the house in Bolton they found it was decorated with expensive furniture and electrical equipment. It could truly be said to be an Aladdin’s Cave.”

Patel, who had a long record of motoring offences, admitted one count of conspiracy to defraud, six counts of dangerous driving and four counts of driving while disqualified.

He was said by his counsel “somewhat extraordinarily” to have held down a responsible job working for the Department of Work and Pensions and to have started his involvement in the scam when he wrecked a friend’s Subaru Imprezza car.

Judge Bernard Lever retorted: “He didn’t have to go on and make a production line of it. Did he?” The judge lectured Patel that this was not a victimless crime because fraud costs the industry £1.9 billion each year.

He also cited the cases of two female victims who suffered psychological trauma. One pensioner was so shocked by the incident she was bed-ridden for a month and now worries about driving across a roundabout on the way to the shops. She had been shocked to receive the solicitor’s demands for compensation.

Jailing him and disqualifying him from driving for three and a half years, he said: “The decent motorists of this country are disgusted by this conduct and are sick and tired of having to pay for it.”

The judge adjourned sentencing Mrs Hay, who admits money laundering charges, until December 18 because he wanted to know who was going to care for her eight-year-old son. He warned her that all sentencing options remained open.

The main players in the scam also face proceedings under the Proceeds of Crime Act.

Sergeant Mark Beales, of Greater Manchester Police’s special operations branch, said: “Patel was prepared to put lives in danger to make money. This abuse of the insurance claims system has implications for all law-abiding road users.”