Authorities Confirm Raid, No One Taken Into Custody

Federal agents Sunday afternoon conducted a raid at a goat meat processing plant near Morris, Illinois. The secretive operation was led by the Chicago FBI office. CBS 2’s Mike Puccinelli reports that on Monday, the Feds are being very tight-lipped on what they found and why they were even there.

Spokesman Ross Rice confirms agents were at 6260 Kinsman Road, in Kinsman, Illinois. The business is called First World Management. Rice would not say why agents were there but said nobody was taken into custody.

The FBI said the raid began Sunday morning and ended in the late afternoon. They were at the plant about nine hours total.
FBI officials told CBS 2 the meat plant was shut down and abandoned. A spokeswoman would not comment on whether the plant was processing goat meat illegally.

According to sources, the plant provides goat, beef and lamb meat which is prepared in the Halal way in accordance with Muslim custom.

The government workers inside First World Management meat packing plant in Kinsman Monday wouldn’t say why they were there or why scores of FBI agents and Immigration and Customs Enforcement agents were there Sunday.

The trouble is the FBI isn’t saying much about what happened at this rural Grundy County plant. A spokesman confirms that the plant, which has a Muslim prayer room, was raided as part of an ongoing criminal investigation.

Several witnesses reported that the Grundy County Sheriff’s office was involved, as well, saying sheriff dept. vehicles were visible at the scene. The Sheriff’s department denies it was present.

When asked if the raid had something to do with undocumented aliens, the person wouldn’t say. A neighbor suggested that undocumented immigrants live in a trailer behind the facility and work there.

Immigration and Customs Enforcement officials said the agency assisted in the raid, but had no further comment. According to sources, many of the FBI and ICE agents were armed.

Several USDA criminal investigators were on site at the plant on Monday, but they would not comment on the situation.

One man who was talking about the raid was Jim Cavaness. He’s a handyman who occasionally works at the plant where goats, sheep and cows are slaughtered. On Sunday, he witnessed the raid and says he was questioned by FBI agents.

“Way too much overkill for immigration,” Cavaness said.

Neighbors who saw the raid on Sunday told CBS 2 it was a huge operation, involving more than 100 agents, police officers and even what one believed to be National Guard troops.

Sources say during the raid, the driveway was filled with more than 50 government vehicles. There was a helicopter flying overhead and a command center set up. On top of it were government sharpshooters with rifles at the ready.

George Jackson III is an attorney hired by one of the plant operators, Dr. Syed Hamid. Jackson and Dr. Hamid spoke briefly while on their way to a meeting with the federal prosecutor Monday.

Jackson says it’s too early to say why there was such a huge show of force at the plant.

“Obviously, it was more than what was needed here, but why they felt the need to come forward with that much manpower allegedly, it’s too early to say,” Jackson said.

“I don’t want to comment at this point,” Dr. Hamid said.

Sources tell CBS 2 there are only six employees at the plant. An FBI spokesman would not confirm that but does say that no one has been charged.

This area has 11 nuclear plants working at this time and an interesting history of nuclear research and facilities. 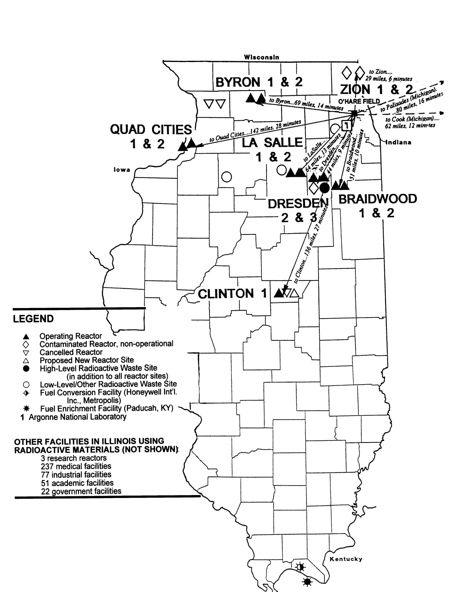 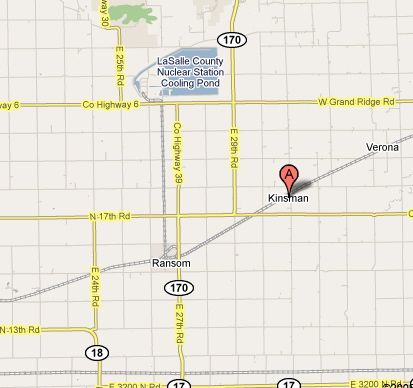 Goat meat plant is in Kinsman Il. There appears to be a large number of nuclear related plants and production facilities within a dozen miles of this particular Muslim owned goat butchering plant. Also, the scale and method of the raid does seem to indicate more than a casual search for a few illegal immigrants.