Arbitrary this Vs. arbitrary that. Group A makes up arbitrary rules of conduct or dress. They tell people, ‘if you want to be part of group A then you follow our rules and then all is well. If you do not, things are great also, you just do not get to be part of group A. For the most part, everyone in the world understands this basic tenant of group membership. Join, and be part, or do not join, and do not be part, or even, start your own group, make up your own rules. 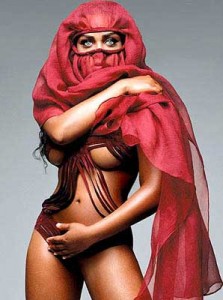 Now a Muslim woman is suing Abercrombie and Fitch because they would not make an exception to their own dress code to accommodate the equally arbitrary dress codes of Muslims.

it is likely that governments will side with Muslims because it is religion, over a company who’s dress codes could be argued to be more practical and less arbitrary even, than religion, as any potential practical purpose for religious dress codes would likely be no longer applicable, while a clothing company typically knows what is in it’s own interests. 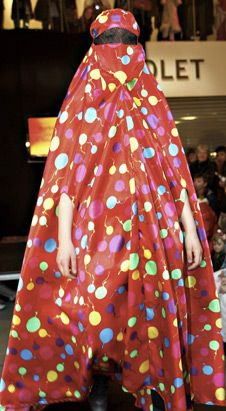 In any case, this is one set of arbitrary dress codes Vs. another, and there is simply no exuse for government to come down on the side of one over another, except where rational issues of public safety are involved, like no copper underwear and pants for employees of Hydro companies for example. Some kind of state legislation would make sense in this case. However when four Muslim women sued UPS because UPS insisted that they obey safety dress codes, USP lost and the women won a fat settlement. Remember, UPS had asked these women not to wear pants because the traditional Muslim long loose evening gowns are unsafe on ladders, and UPS employees in that position are all required to go on ladders.

Here is the story as Time Magazine reports it.

Below is the Burka issue resolved as I would like to see it.

One Reply to “Abercrombie & Fitch sued for not making an exception for Muslims.”