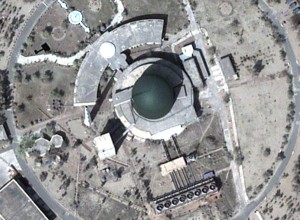 From The Times of India

WASHINGTON: Pakistan’s nuclear facilities have already been attacked at least thrice by its home-grown extremists and terrorists in little reported incidents over the last two years, even as the world remains divided over the safety of the nuclear weapons in the troubled country, according to western analysts.

The incidents, tracked by Shaun Gregory, a professor at Bradford University in UK, include an attack on the nuclear missile storage facility at Sargodha on November 1, 2007; an attack on a nuclear airbase at Kamra by a suicide bomber on December 10, 2007; and perhaps most significantly, the August 20, 2008 attack when Taliban suicide bombers blew up several entry points to one of the armament complexes at the Wah cantonment, considered one of Pakistan’s main nuclear weapons assembly.

These attacks have occurred even as Pakistan has taken steps to secure its nuclear arsenal against potential attacks, particularly by the US and India, says Gregory.

In fact, the attacks have received so little attention that Peter Bergen, the eminent terrorism expert who reviewed Gregory’s paper, first published in West Point’s Counter Terrorism Center Sentinel, said “he (Gregory) points out something that was news to me (and shouldn’t have been) which is that a series of attacks on Pakistan’s nuclear weapons facilities have already happened.”

Pakistan insists that its nuclear weapons are fully secured and there is no chance of them falling into the hands of terrorists. But Gregory, while detailing the steps Islamabad has taken to protect them against Indian and US attacks, asks if the geographical location of Pakistan’s principal nuclear weapons infrastructure, which is mainly in areas dominated by al-Qaida and Taliban, makes it more vulnerable to internal attacks.