First, you may or may not have seen the National Post’s handling of the opinion of some senior members of the Canada Arab Federation towards Canada, a land which took these people in presumably when their own nations had become so inhospitable that it was easier to move to Canada away from all friends, family, language, familiar surroundings, religion and decent weather. I would also wager that most of those in the CAF had come as refugees as opposed to legal immigrants but that is a small matter.

When the NP pointed out these opinions one CAF member responded with a blog post of his own resorting to the predictable sanctimony of alleged mistreatment of aboriginals in Canada and saying he would never accept Canada Day until they did. 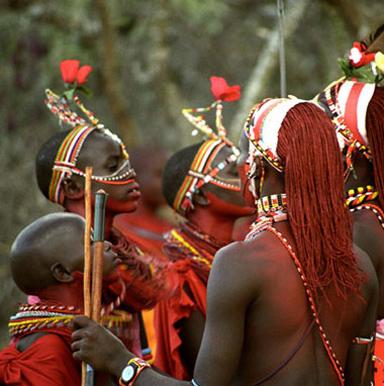 A doomed culture if Islam touches it

I will celebrate “Canada Day” when the natives do

This statement is in response to all the speculations and assumptions made about me in the media regarding a position that I took in a personal message on facebook. My facebook status did read “F*** Canada Day”, and it was followed by a few other comments in response to some of the questions that people posted. Some consider that taking this position is disgraceful and shameful but I tend to disagree.

First of all, my statement clearly did not reflect CAF’s position; it was my own personal opinion.

I did not resign from CAF because “it was felt that [I] had to correct that” and that “[I] decided that the best thing for [me] to do was to resign” (http://www.torontosun.com/news/canada/2009/07/02/9997971-sun.html); I resigned from CAF because I do not want to be part of an organization that openly refuses to acknowledge Canada’s colonial and shameful history.

We are only lying to ourselves if we deny the dark past that Canada was founded on. Canada Day is seen as tragic by its true indigenous population. When Canada Day is celebrated for true freedom and not mourned by the indigenous population of Canada for its colonial and dark past, I will gladly show them my support. When the country I was born in, shames me with its colonial mindset, I refuse to celebrate it, and will not apologize for refusing to do so.

I WILL celebrate Canada Day, only when it is accepted as legitimate by the indigenous people.

Perhaps it is time to have a look at how aboriginal people are treated in the Islamic world. They do not get special land rights. They do not own casinos. They do not have the unfettered right to their own religion, beliefs, and history and have it subsidized by the Muslim majority. Let’s have a look:
Link:

Interesting? Perhaps you may want to have a look at this. Make sure your airplane bag is on tight first…

How about a little contemporary reading on the subject of Islam and Aboriginality? Lets start with Islam destroys Aboriginality – Destructive Muslim fishermen:  Part 1 of 3

Research by anthropologist Ian McIntosh shows that contact between Aboriginals and the Muslim Macassan fishermen was extremely disruptive with an evil power entering Aboriginal society for ever.  The result was Aboriginals learned they were ‘black’ and came to believe they lost power and wealth to the ‘white’ other (Muslim Macassans) and will forever be impoverished and dominated!  (Australian Folklore 11, 1996 131)
Islam is targeting Aboriginals by feeding them a false rosy picture of the first contact with Muslims who came to take from Aboriginal land along with false tales of ‘similarities’ etc!   At a recent Brisbane conference ‘Challenges and Opportunities for Islam and the West – The Case of Australia’ (3-5/3/08), Ms Peta Stephenson  presented a paper ‘Reaffirming Aboriginality through Allah: Indigenous Muslims in Australia’ promoting this rosy view, absurdly linking Aboriginality with Islam and promoting the view that the world was Muslim!  In reality Aboriginality is destroyed by Islam (see also parts 2, 3 – to come).
Parts two and three are here linked.
Lastly, its worth having a look at this quote of the Koran by Khomeini:

‘Islam makes it incumbent on all adult males, provided they are not disabled and incapacitated, to prepare themselves for the conquest of countries so that the writ of Islam is obeyed in every country of the world.  But those who study Islamic holy war will know why Islam wants to conquer the whole world…. those who know nothing of Islam pretend that Islam councils against war.  Those (who say this) are witless…..  Islam says: kill the unbelievers … Kill them (the non-Muslims), put them to the sword and scatter (their armies)…. Islam says whatever good there is exists thanks to the sword and the shadow of the sword!  People cannot be made obedient except by the sword! The sword is the key to paradise which can be opened only for holy warriors! There are hundreds of (koranic) psalms and hadiths (sayings of the prophet) urging Muslims to value war and to fight…(Ibn Warraq 1995 P11-12,   quoting Amir  Taheri  pp226-227  Holy Terror London 1987)

So, before Omar the Canadian Arab Federation ingrate starts to pretend that in some way he has a right to shit all over the nation who foolishly and mistakenly took him and hundreds of thousands of his people in and then justify it with the gossamer thin rationanalization of evil deeds done to aboriginals some hundreds of years ago well, people who live in glass houses Omar. Have a look at what Arabs and Muslims are doing NOW all over the world. While Darfur may be the most horrifying contemporary example it is by no means the only one.
For anyone as yet unconvinced, you may want to read Sword of the Prophet by Serge Trifkovic cover to cover. This book will explain what Islam does to aboriginal culture. The respect it shows and the museums it builds to the customs, music, and art of aboriginal peoples wherever Muslims find them.
Suffice it to say, your taxes will not go up to pay for these institutions.
Eeyore for Vlad.
Special thanks to some extraordinary people who contributed to this article. Grace of Vlad for wading in the muck of the hate literature of Islam posted all over the place. jdamn for educating me on all things Islamic and KitmanTV for having perhaps one of the best repositories of video exposing Islam and irrational violent leftism for what it is anywhere on the net.
Addendum:
It is worth noting that unlike the Canadian Arab Federation who have a large part of their budget paid by the Canadian Government AKA the Dhimmi taxpayers, people like Kitman, Jdamn and Grace have devoted their free time to studying Islam and other threats to western liberal democracy at their own expense. The fact that so many people choose to devote so much of themselves and at their own expense often working harder to earn the money to study and blog alone should offer some idea of the severity of the threat in North America and Europe offered by Islam and irrational leftism.

9 Replies to “The C.A.F. responds to the National Post. With Pure taqyyia bullshit”