How loathsome. A teacher, one who could probably be making a ton of money in the USA for not teaching as anyone who follows the debacle of how the teachers union in the USA manages to make it impossible to fire a teacher no matter what they do or do not do; a teacher who probably made next to nothing in a crap hole nation trying to help it get out of third world status was shot dead by Muslim Al Queda merely for being an American. 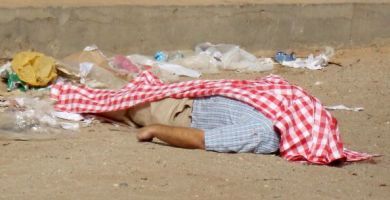 This murder, and that is what it was, there is no strategic or military value to this man except he was an infidel and American and Al Queda in the Islamic Magreb instructed all sympathisers to attack, terrorize and generally act like Muslims are instructed to.

An American was shot and killed June 23 in the El Kasr neighborhood of Nouakchott, Mauritania, by two young men. The American, who was teaching computer and language classes at a local school that he owned, was confronted by a group of men as he was getting out of his car in front of the school at 8:30 a.m. local time. A police officer says two men initially tried to kidnap him, but when the American resisted their attempts to bind him and put him in their vehicle, they shot him several times in the head from close range, killing him.

One Reply to “US teacher shot dead in Mauritania.”