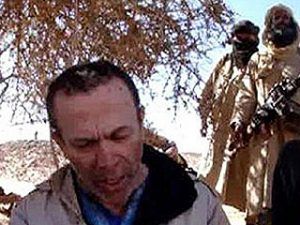 Mali’s security forces have captured a suspected al-Qaeda base in the Sahara desert near the Algerian border, Malian officials say.

At least 12 militants died while five soldiers were killed by land mines during the operation.

Earlier this month, the al-Qaeda group is thought to have killed a UK hostage it had been holding for five months.

Last week, a senior Malian intelligence officer who was investigating the group was shot dead in Timbuktu.

Lt Col Lamana Ould Cheikh was believed to have been behind the recent arrest of three alleged militants.

One of his colleagues reportedly said his assassination was “an act of war”.

Al-Qaeda in the Islamic Maghreb is believed to operate in the Sahara desert between Algeria, Mali and Niger.

It grew out of Algerian Islamist groups which have been battling the government for almost two decades.

Mali’s government believes that Algerian militant Abdelhamid Abou Zeid, listed by the UN as a known al-Qaeda member, was responsible for the death of the British hostage Edwin Dyer.

Mr Dyer was kidnapped in Niger in January, but was being held in Mali.

It is believed the al-Qaeda cell is still holding a Swiss national, Werner Greiner, captured alongside Mr Dyer.