There’s some top-notch investigation. They also discovered that water is wet and fire is hot. 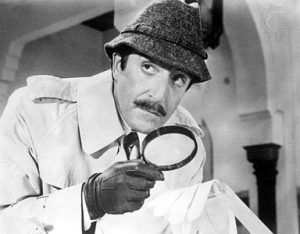 CBS NEWS      Afghan Interior Minister Muhammad Hanif Atmar on Sunday blamed government officials for assisting militant forces, as more than 78 civilians and policemen were killed and more than 172 wounded as a result of 126 incidents last week.

Talking to the media, Atmar claimed the attacks were planned and supported outside of Afghanistan’s borders. Some government officials were complicit in such strikes, he said, without giving further information.

He added that the fatal assault in which 176 fighters were killed and another 36 wounded, suggested a 70 percent surge in violence in 25 of Afghanistan’s 34 provinces.

Militant funding and weather changes were among the principal factors fuelling the unrest, argued the minister, who identified drug money and extortionist tactics as the Taliban’s key income sources.

Atmar said the fighters received more than 70 percent of their funds from international terrorist organizations and apparently non-military outfits based in Muslim countries.

However, he stopped short of naming the countries where he believes extremist groups backing the Taliban insurgency in Afghanistan were active.

Taliban spokesman Zabihullah Mujaid told CBS News that the increase in Taliban activity is the result of pubic support; Mujaid said Afghans are fed up with “so-called U.S. and NATO-adopted corrupt regime and Americans’ democracy.”

“We Taliban are getting funds but not from individuals or organizations,” he said. “It’s donations from Afghan and the Muslim world.”