An original translation from Stuttgarter Nachrichten:

Stuttgart – A close confidant of Turkish president Recep Tayyip Erdogan finances firearm acquisitions of the rocker-like group Osmanen Germania Boxclub. Joint investigations of our newspaper and the ZDF political magazine Frontal21, based on wire tap conversations and observation, and the findings of German security authorities that both magazines have obtained, prove this. Investigators document how Metin Külünk, close friend of Erdogan, and deputy of the Turkihs government party AKP, several times handed over money, or had it handed over, to leading members of the Osmanen. From this money, fully automatic guns like machine guns were acquired, according to Külünk’s instructions.

Additionally, Külünk organized, in close collusion with Erdogan and the Turkish foreign minister Mevlüt Cavusoglu, protests in Germany against the Armenia resolution by the Bundestag on June 2, 2016. In a phone conversation on June 1, 2016, at 10:21 PM, the Turkish premier reserved the right to personally decide about the continuation of planned protests in Berlin, and to promptly give Külünk new instructions. Osmanen members were involved in the protests in Berlin against the Bundestag’s disputed decision.

Külünk had the former Mannheim chief of UETD (Union of European-Turkish Democrats, a EU-wide lobby group – translator), Yilmaz Ilkay Arin, request the Osmans to punish ZDF host Jan Böhmermann for his smear poem about Erdogan. Böhmermann was warned, put under police protection, and had to leave Germany for several weeks.

Neither Arin nor Külünk reacted to our enquiries.

In phone calls, Arin summoned Turks living in Germany to arm up. He was able to provide „clean“ guns, and additionally, had an ammunition dump. The lawyer of the former Osman-chief Mehmet Bagci said that it was not possible for him to discuss our catalogue of questions within six days with his client who is currently in custody for other allegations.

Targets for attacks by the Osmanen Germania Boxing Club are, according to investigators, Kurds who live in Germany, and critics of the Turkish premier. Külünk summoned his compatriots in phone calls to “hit” Kurds “over the head with sticks” and film it and provide the videos to the Turkish state. The videos then were to be used to “deter” possible critics of Erdogan. 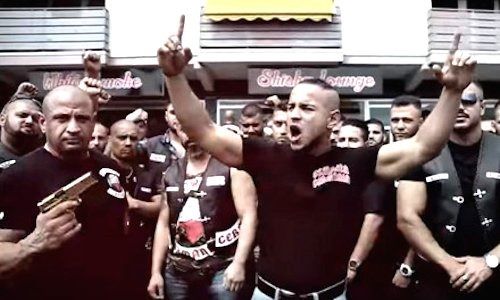 Still from an Osmanen Germania self promotion video 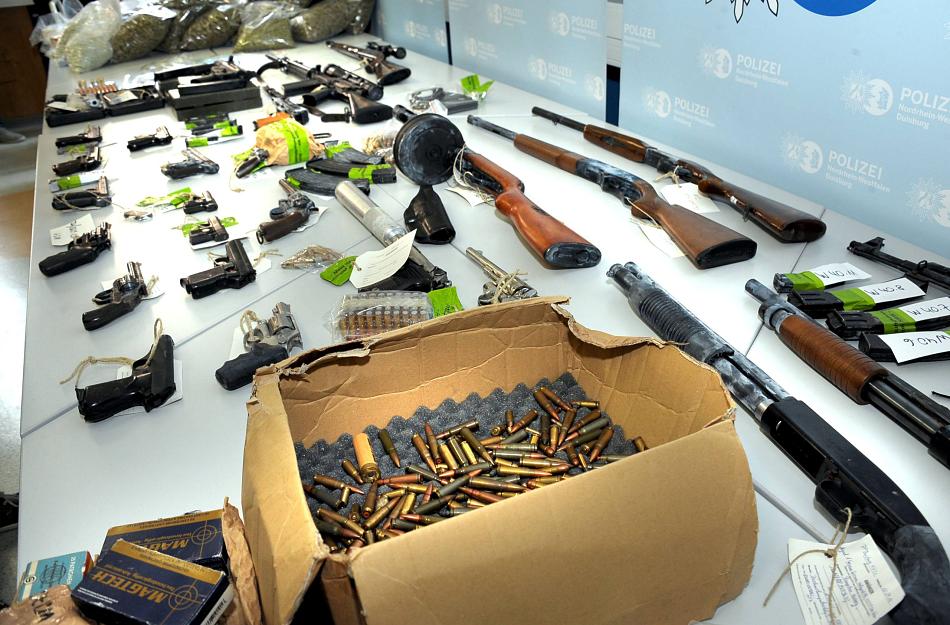