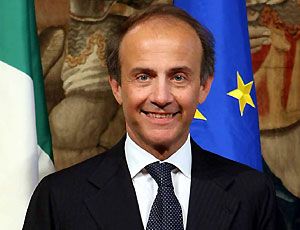 Rome, 22 Jan. (AKI) – An Italian Minister said on Thursday that immigrants who did not want integrate must be deported from the country. “We must fight everything that is related to violence, because our will is to integrate, however, in order to integrate we must expel all those that do not want to take part in it,” said Andrea Ronchi, Minister of Department for European Community Policies.

Ronchi made the remarks during a roundtable with members of the Italian Islamic Religious Community (COREIS) in the northern Italian city of Milan. During the meeting, Ronchi attacked the UCOII, the largest Muslim umbrella group in Italy, accusing it of supporting terrorism.

According to Ronchi, the UCOII “supports terrorism and fundamentalism.”

“For example, I have always been a supporter of a register of the imams and muslim prayers in the Italian language. I also enthusiastically support the initiative by Rome’s Grand mosque to publish on its website all sermons preached there ,” said Ronchi.

“I am not against mosques, but I say no to those tied to the UCOII, an organisation whose sources of finance must be clarified.”

Ronchi, whose political career began in the post-fascist political party, Alleanza Nazionale, was sworn on 8 May 2008 as the European Union Affairs Minister in the cabinet of Italian prime minister Silvio Berlusconi.