A new representative study in Lower Saxony finds that violent crime has risen by 10%. A staggering 92% of this increase is caused by “refugees” alone. They make just 1.9% of the population. 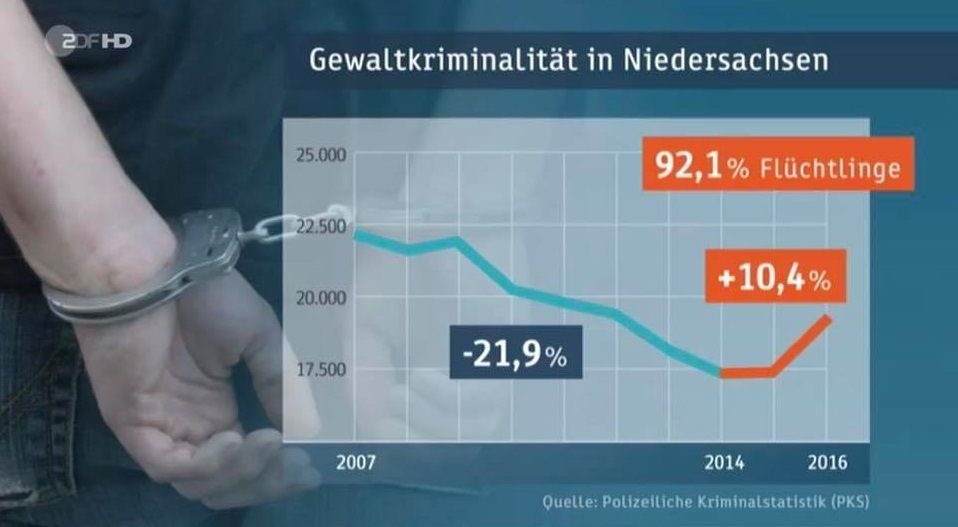 The authors argue that Lower Saxony is representative and that their findings can be generalized and applied to Germany as a whole.

Before 2015, Germany saw a continuous downward trend in violent crime, with a decrease of -21.9% over the last decade.

You would think that this might be a wake-up call. Wrong. National television ARD tell us why this is: 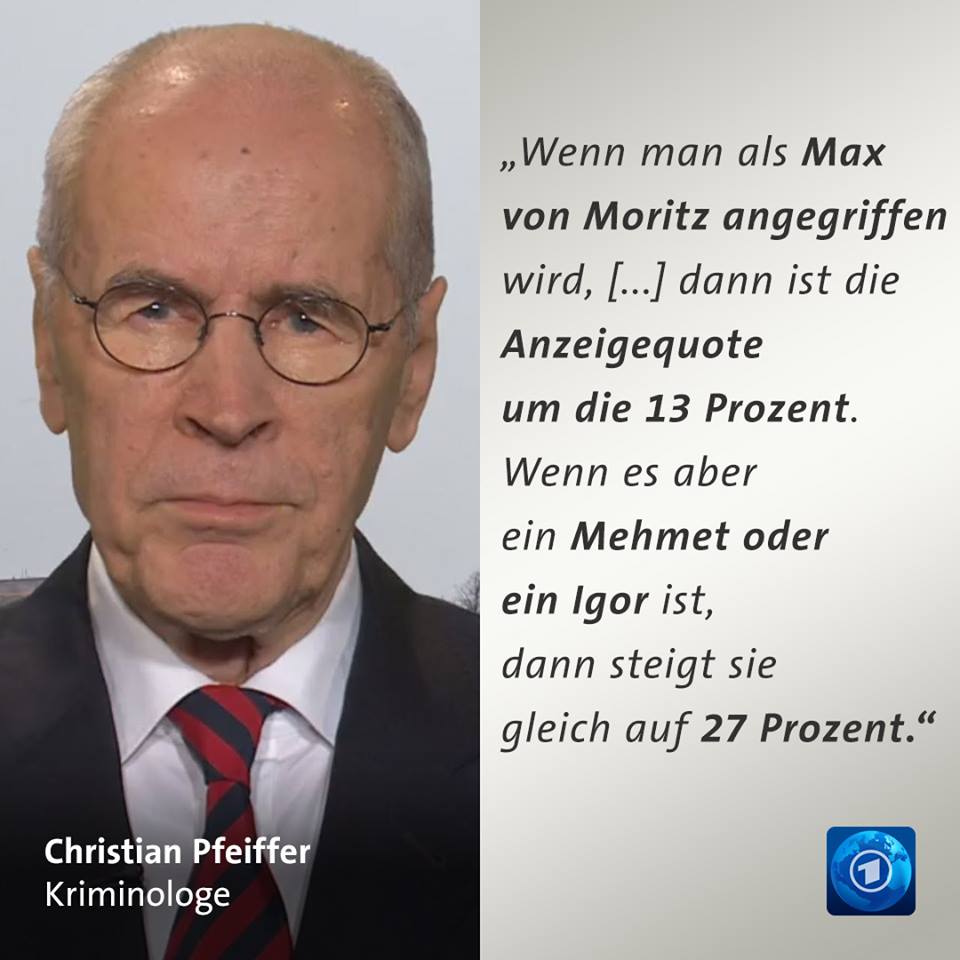 To be on the safe side, national TV made a graph with the quote, so it can be shared on Facebook.

But the vice chairman of the Association of German Criminal Investigators, Ulf Küch, comments on this assertion in an interview with Die Welt:

“Pfeiffer is correct insofar that foreigners are more frequently reported. Not in the case of serious crimes though – violent crimes and murders are almost always reported – but in the case of minor offenses a foreigner is more likely to be suspected by the police.”

“Particularly refugees from Algeria, Tunisia and Morocco frequently commit crimes. They seldom have a chance of staying in Germany. Refugees from Syria, Afghanistan and Iraq do not become offenders that often. They are eager not to risk their stay in Germany”.

Now that is reassuring when you look at the official crime stats from 2016 (table) and realize that Afghans, for example, despite their eagerness not to risk their stay in Germany, still commit nine times more murders in relation, and more than ten times more sexual offenses in relation, than Germans.

“Many of the refugees are young men”.
We won’t argue that. 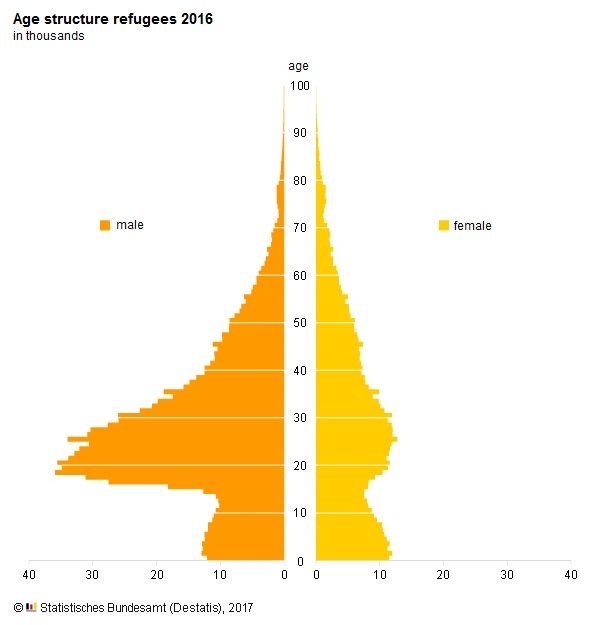 NDR info, another national broadcaster, ask Mr. Pfeiffer: “Is the behavior of these young men different in Germany than if they were in their homeland?”

Pfeiffer: “Without doubt. When they live in the context of their family, then there is the soothing influence of the grandmother, mother, the sisters, the girlfriend. The absence of women is exactly the problem with the refugees.”

Of course. The soothing influence of women on men in Northern African and Middle Eastern cultures is world-famous.