French Identitarians to be Fined and Jailed for Opposing Illegal Immigration

The pro-European and anti-immigration movement Generation Identity (GI) has achieved a worldwide notoriety through its often spectacular actions, whether by occupying EU and government buildings or manning their own ship to halt migrant smugglers in the Mediterranean. Such actions are not without risk however.

In spring 2018, French GI activists – frustrated by the French government’s inability or unwillingness to get the migrant crisis under control and prevent illegal immigration into their country – decided to take matters into their own hands with symbolic but effective nonviolent action.

GI blocked the Col de l’Échelle, an Alpine mountain pass near the border with Italy, through which migrant crossings were known to occur. The activists deployed banners, fences, and even helicopters to prevent the migrants from entering France.

One activist explained that the goal was “to show the public authorities that, with a bit of will and fairly modest means, it is possible to regain control of our borders and prevent the illegals from entering our country.” The action succeeded in receiving substantial media coverage and putting pressure on the French government to fulfill its responsibilities. […] 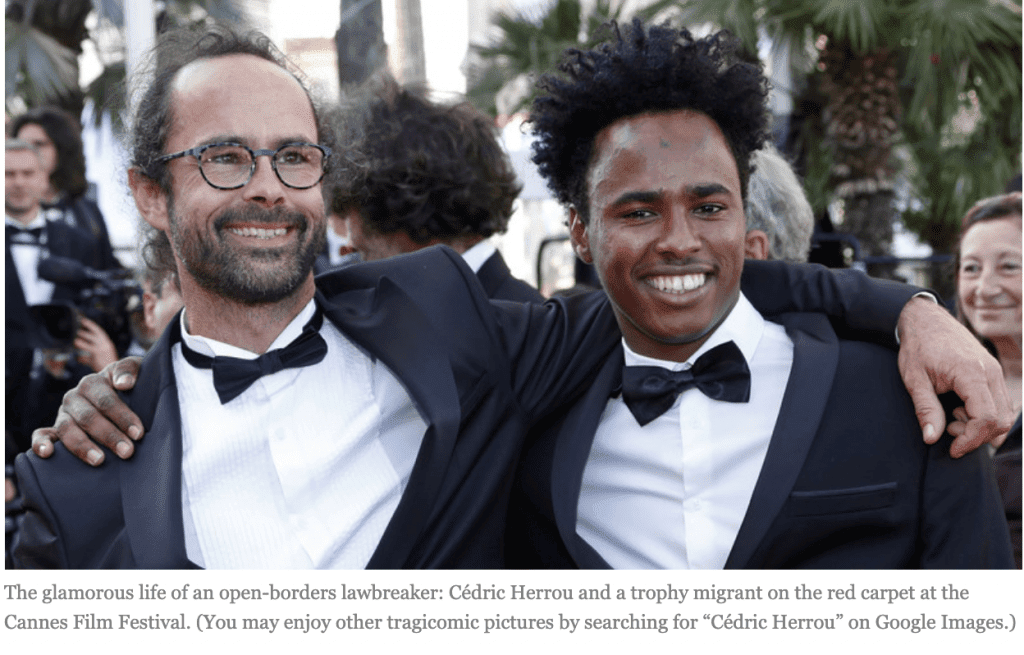 (I have followed Gen Ident since they were a few guys and gals doing syncopated clapping at the site of the mega mosque at Tours. I have never heard them say they are anti immigrant. They are however, anti-invasion and anti illegal, and mass immigration and they are for the preservation of French and European culture and systems. We all should be Gen Ident)