An original translation from Mitteldeutsche Zeitung. Translator’s note: the Connewitz neighborhood of Leipzig is an Antifa stronghold. As the city of Leipzig already knows what to expect, public transport had been rerouted to avoid Connewitz from 10:30 PM, and the glass windows had been precautionarily removed from bus and tram stops. 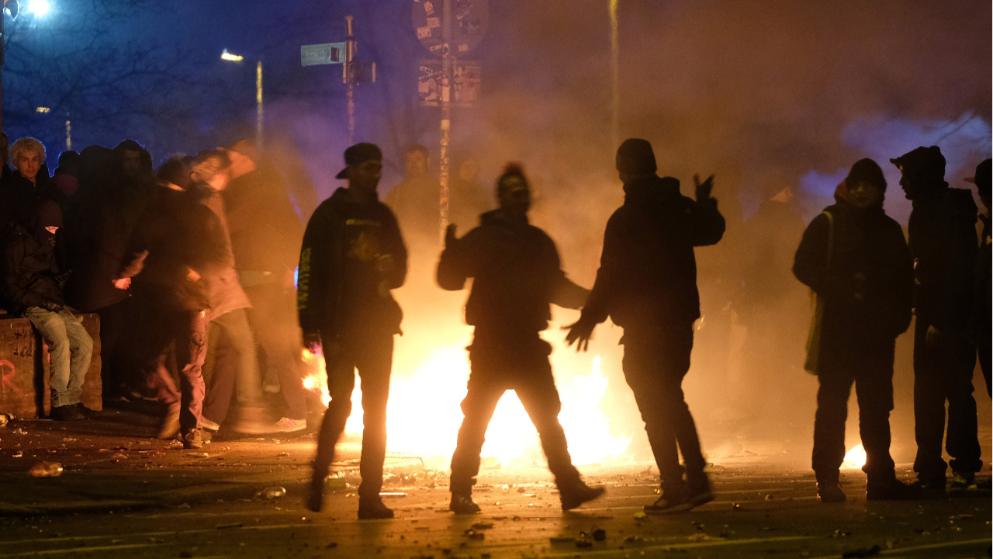 Leipzig – During Silvester night, rioters at Connewitzer Kreuz in Leipzig hurled firecrackers and rocks at police officers. Police warned the attackers over loudspeakers, Leipzig police said Monday morning. As the attackers still resisted, police deployed water cannons against them. Several people were arrested for severely breaching the peace of the land. Police are investigating.

About 1,000 people had congregated at Connewitzer Kreuz before midnight. After they had set trash cans and several items on fire, police moved in with water cannons to extinguish the fires.

Upon this, between 40 and 50 persons hurled bottles, rocks and firecrackers at the vehicles and the officers. The operation went on until about 1:30 early Monday morning. (dpa) 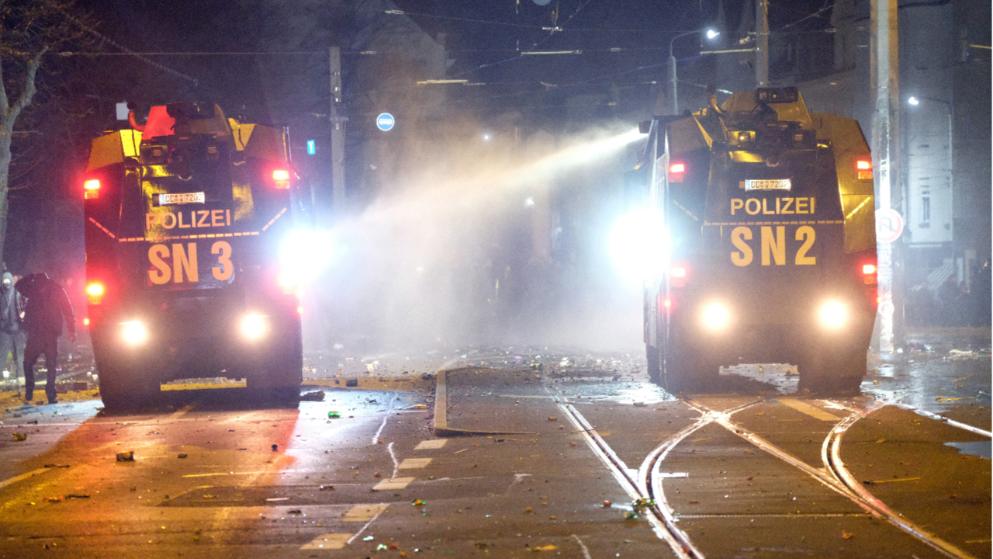 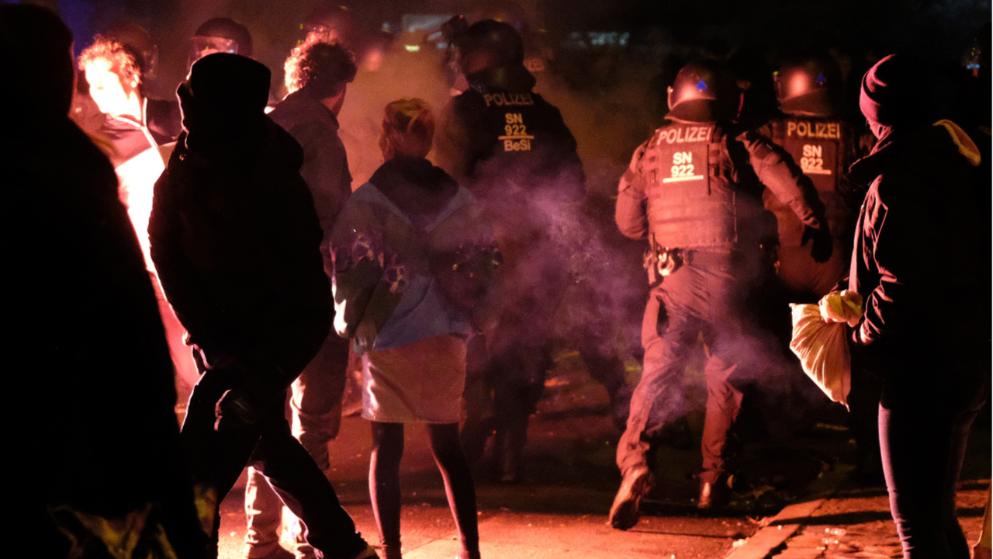 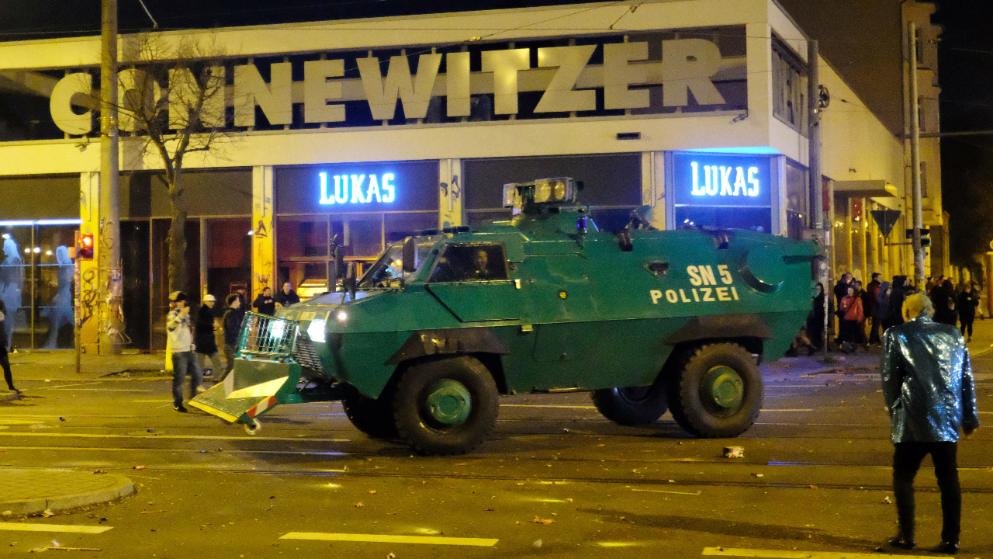 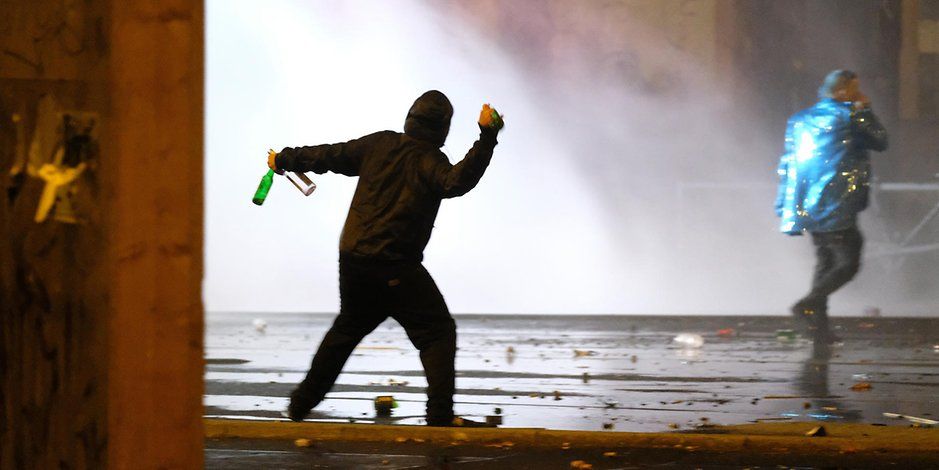 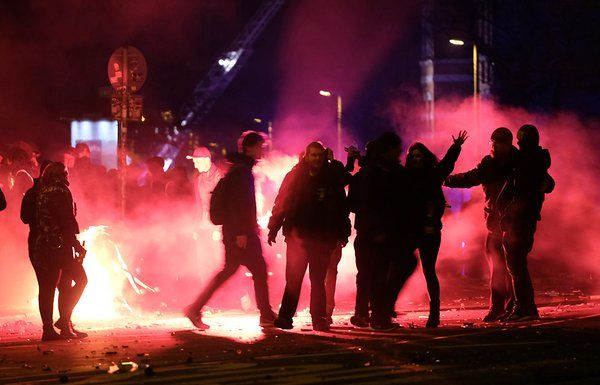 7 Replies to “NYE, Germany: Leipzig Police Attacked With Rocks and Firecrackers, Use Water Cannons On Antifa”