This one is gonna hurt a little for those who remember the USA as a force for truth and liberal values.

To get a sense of ludicrously biased media, and what appears to be bias of the Obama administration, read this article about Hungary’s classical liberal leader, Viktor Orban. Notice that he has been denied an invitation to the White House, in part, for alleged antisemitism.

Mr. Orbán has never received an official invitation to the Oval Office and President Obama has voiced serious concerns about the current direction of Hungary’s leadership. Orbán’s policies are considered racist and anti-Semitic; he declared that he doesn’t want to see Muslim immigrants in his country. His corrupt cronyism has also raised eyebrows in the US.

In many of the Hungarian leader’s speeches he specifically explains that one of the many reasons he does not wish more Islam in his country is in fact the inherent antisemitism in that military-religious paradigm. He said so in major televised speeches in a nation which has an actual Nazi party in Parliament called Jobic. (the leader of which until recently, ironically was Jewish and didn’t know it) This means that President Orban’s direct policy of opposing antisemitism costs political capitol. The real reason the US opposes him should be obvious by now. He is not with the program of civilizational and European suicide by muslims. Here is an interesting current article about Mr. Orban’s policies which make a nice contrast to the US made anti-Orban agitprop.

(JTA) — A court in Budapest has ordered the temporary blocking of about 20 websites that carry Holocaust denial material.

An investigation of the Hungarian publisher was suspended while the head of the company is out of the country, according to Hungary Today.

While I prefer freedom of speech over these kinds of measures, it remains powerfully indicative of Orban’s actual beliefs. In fact a powerful case could be made that outside of Israel, Hungary may be one of the best friends, meaning non-genocidal, of the Jewish people on this blue rock at this time.

This is a worthywhile time to revisit Viktor Orban’s amazing speech of March of this year where it becomes obvious why the Goverment-Media complex of the culturally-Marxist Western world is so opposed to him.

Prime Minister Orban insists on speaking the truth, supporting Israel, and the right of the nation state to exist. Not to mention clearly opposing Islamic antisemitism which the West is importing as fast as it possibly can. 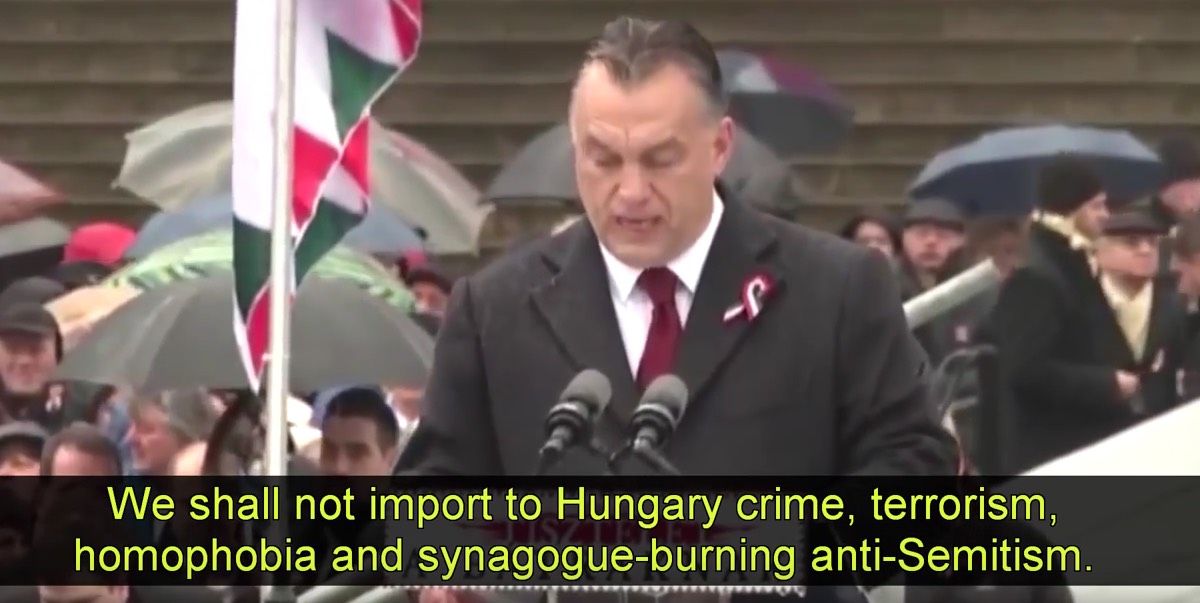 Thank you Johnny U.

And the full speech:

7 Replies to “The US position on Hungary Vs. the facts”