1, UK: Four Syrian immigrants are charged after two girls, 14, ‘were sexually assaulted yards from Newcastle’s St James’ Park just weeks after one of the men entered the UK’

(The British really should spell check their tourism brochures. They must have meant, “Come marvel at the beautiful sights in the United Kingdom” and somehow it said, “Come to England and rape the non-Muslim children”. It’s easy to see how anyone could make that mistake.)

Alfrouh was also charged with sexually assaulting a second 14-year-old girl in the park, to which he has pleaded not guilty.

A 16-year-old boy has also been charged with sexual assault and will appear at North Tyneside Magistrates on September 29. 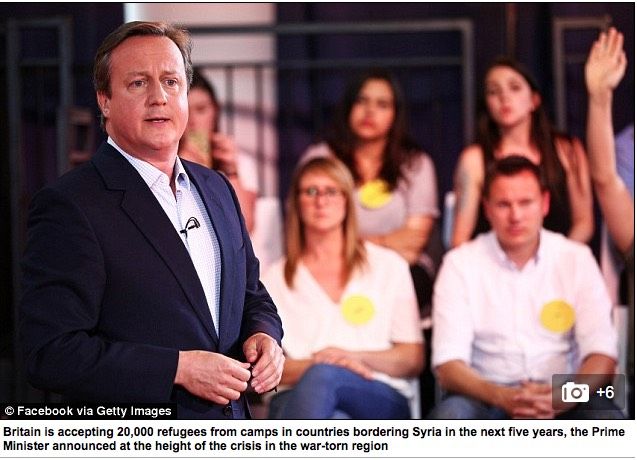 (What a novel idea it would be if national leaders put the welfare of their own people before the fake needs of those who would rape them. Clearly an idea way ahead of its time)

2. IS burn 19 Yazidi women to death for refusing to be serially raped

(But what can the Greeks actually do? This would be good to know)

The war of words between Greece and Turkey over a decision by Turkish authorities to allow readings from the Quran to be broadcast from Hagia Sophia in Istanbul continued on Wednesday, with Ankara rejecting Greek criticism of the move as “not acceptable” and accusing Athens of suppressing the rights of Muslims living in Greece.

“Greece has not given permission for the construction of a mosque in its capital for years, permanently intervenes in the freedoms of religion of the Turkish minority of Western Thrace and mistakes being against Islam for being modern,” the Turkish Foreign Ministry said on Wednesday. “We invite Greece to use common sense in its rhetoric and statements,” the statement added.

Ankara’s reaction followed a statement by Greece’s Foreign Ministry on Monday, condemning the decision to allow readings from the Quran to be broadcast from Hagia Sophia during the holy Muslim month of Ramadan as “regressive” and showing a “lack of respect.”

4. Australia: Liberal party candidate resigns when its discovered that he owns a brothel.

The Liberal party has been left without a challenger in the Melbourne seat of Calwell after its candidate quit over revelations he owned a brothel but did not tell the party.

John Hsu also resigned from the Liberal party on Saturday after News Corp reported he owned Paradise Playmate, a brothel in Frankston.

The Victorian Liberal state director, Simon Frost, said the party had only learned about Hsu’s ownership of the brothel from the news report.

5. Sucker Punched MMA fighter who used sick ‘ISIS jihadi anthem’ for his walkout music is banned from the sport and fined £147,000

A MIXED Martial Arts fighter has been banned after using a jihadi anthem to walk out ringside.

Fighter Aziz Karaoglu was also fined almost £150,000 for using the extremist music at an event in May.

7. Meanwhile, in Mecca, Muslims are cursing the unbelievers

Thank you M., ML., Richard, Xanthippa, Wrath of Khan, and all who he;ped out with this post and left comments.

Today has an unusually high number of news links in the daily links post. Given that its a Saturday, which typically is the quietest news day, thats quite a thing. Please check the post for more as a lot of our time is taken up with subtitling, translations and editing related posts so not all the news makes it to the posts.

A couple of interesting items, related but not fully in the bullseye:

A South African court on Friday ordered a woman to pay 150,000 rand ($9,941) to charity after she was found guilty of hate speech for referring to blacks as “monkeys”, News24 reported.

The case is the latest in a string of similar incidents that have laid bare the racial tensions that endure more than two decades after the end of apartheid rule.

The ruling African National Congress (ANC) brought charges against former estate agent Penny Sparrow after she caused public outrage by saying on her Facebook page that blacks made beaches dirty like “wild monkeys”.

If there was any sort of proportionality in this sort of issue, I wonder what the fine would be for these guys if they could just identify them and catch them:

4 Replies to “Montrealers suck up to Muslims while they curse the unbelievers. Links 1 on June 11 – 2016”