Here is a series of videos of a peaceful march by classical liberals in Austria, objecting to the invasion by illegal muslims in 7 figures. Interestingly, any and all violence was caused by far left wing violent extremists but the media ignored that element of the day, and preferred to call those who believe in safety for women, and the sovereignty of their democratic nation, “far right-wing extremists”, somehow trying to paint them as some sort of Nazi in the public mind.

Curiously though, NAZI stands for National Socialist Workers Party and Hitler never gave a speech without talking about socialism. But we do not live in an age of fact or reason.

H/T M for the video links and Egri Nok for an explanation of what we are seeing.

Again, in this video above, it is the left that are creating all the problems.

At 13 seconds into the above video, we see this moment: 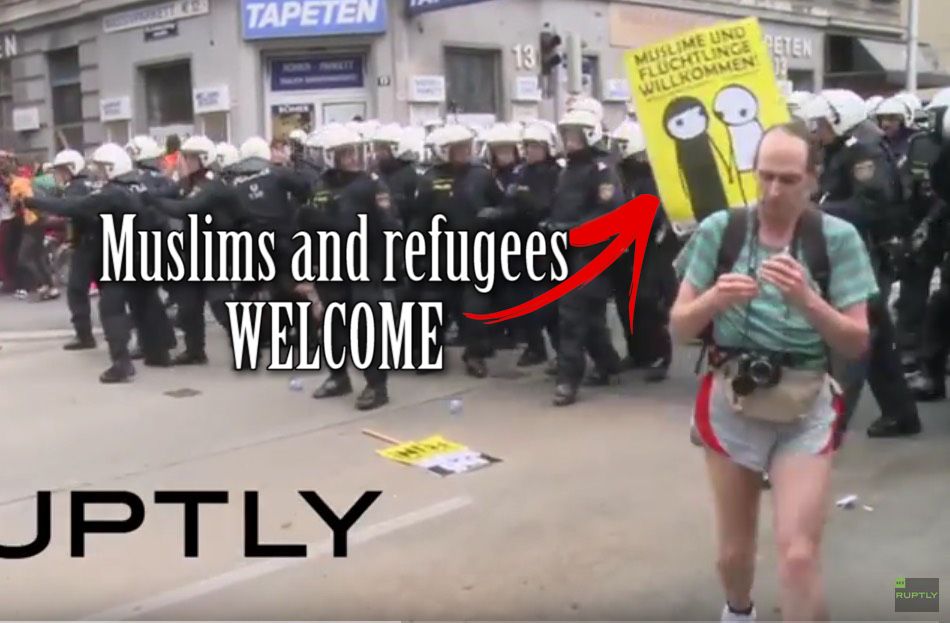 In this one, I THINK they are yelling, “Reconquista” at the start. How awesome is that? Perhaps the history of Europe is starting to be understood by Europeans for a change.

A promo-video for this event below from Gen Ident: (And its AWESOME!)

In this one, Leftists are chanting “No Paseran”, a Spanish expression meaning “They shall not pass”. The origin seems to be related to Spanish communists making the claim against the advancing forces of Franco, to which he responded, “We have passed” once he took Madrid.

Gotta love the Trump T shirt and the Lefties using the fences as sort of weapons.

3 Replies to “Austria: Many people marched against the Islamic invasion of Europe today. Leftists rioted in opposition”