An original translation by Egri Nok 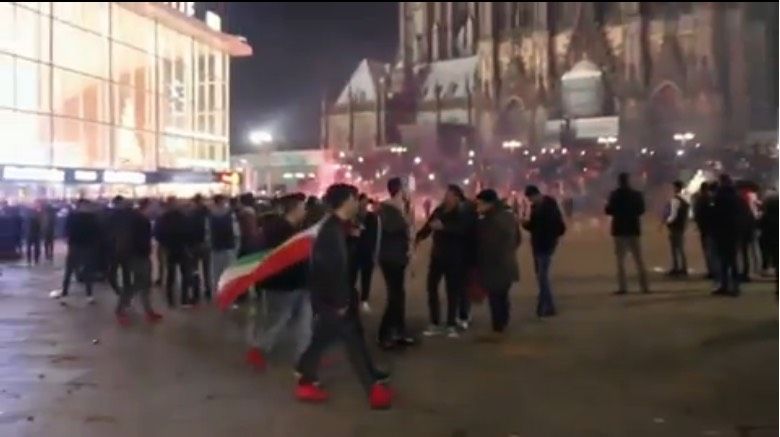 Who is it who does not want “rape” to emerge?

Two police officers report in parliament that they were told to cross out the word “rape” in a first account on the sexual excesses on New Year’s Eve in Cologne. But they stood their ground.

Explosive news around the New Year’s Eve night in Cologne.

The WELT has obtained an email from the Cologne police that describes how an account of sexual attacks was to be downplayed. Source: Die Welt.

Detective chief superintendent Jürgen H. of the Cologne police remembers very well how a phone caller from the superior authority complained about the “IE account” (important event report) on sexual attacks including rape.  “Those are not rapes. Delete this word, and cancel the whole IE-report. Best, you write it over completely from the beginning,” is what the caller from the control center of the police of North Rhine-Westphalia allegedly said on January 1 2016.

His tone was “impolite” and “harsh”, and then came the explosive addendum: The deletion is a “request from the Ministry” — referring to the Interior Ministry. Superintendent H remembers that he refused to tolerate the disrespectful tone, and he pointed out to the caller that the case of the 19-year-old, who had fingers inserted into her bodily orifices, was without doubt a “rape”.

It is a key scene, about which the experienced Cologne police officer reports on Monday in front of  representatives in parliament. The investigative committee on New Year’s Eve in Cologne tries to elucidate why sexual attacks on a huge scale could take place at the turn of the year 2015/2016 in front of the main train station of the Dome [Cathedral] city, and why the police did not intervene.

Apart from administrative failure, it is also about whether facts were trivialized, and errors downplayed, or even covered up, as the opposition in parliament, CDU and FDP, have come to suspect. The described “cancellation request” from the police control center, with reference to the Ministry, would therefore have to be viewed as a political interference. After all, the contested IE account was the account that first mentioned eleven sexual assaults, including one rape, and a North African group of offenders.

The NRW Interior Ministry has previously publicly denied that such a request for cancellation had occurred and stressed that the control center did not make a phone call to the Cologne police. The Ministry bases its denial on information from the national control center for police services (LZPD), and from the situation room of the State Office of Criminal Investigations (LKA).

But the inconsistency cannot be dispelled that easily, as, in addition to Jürgen H., another witness before the investigation committee reaffirms the attempted interference. Detective Chief Superintendent Joachim H. from the Cologne police reported that he partially overheard his colleague’s phone call on New Year’s morning during shift change, and he too was wondered why someone from the control center of the LZPD would call. This was “absolutely unusual”.

What annoyed him even more was the doubt that it was rape. After all, the victim had been surrounded by 40 to 50 men, and fingers were inserted into her bodily orifices. To fail to acknowledge that this is rape is “from a professional standpoint completely off,” said Joachim H.

He conceded, however, that the organized sexual excesses along with theft and robbery were a “new phenomenon”, a “first case”, unknown to the officers until then. The officer perceived the cancellation request as a “shady threat” from someone from a regional authority, who probably “inflated” himself. The two Cologne detective chief superintendents were not intimidated by the phone call that lasted for about one minute at about 1:30 PM on January 1st, and did not change the wording of the IE account.

But both superintendents don’t know who the caller from the control center LZPD was. The committee is expected to find out who was on duty at that time, and summon that person. The supervisor at that time was deputy CID Director Heidemarie W., and she learned of the explosive call on New Year’s Day. A few days later, she informed the department head for police affairs at the Interior Ministry of NRW, Wolfgang Düren, about the cancellation request, so that he was completely informed. Düren wanted to prepare for the special session in the Interior Committee of Parliament, in which he together with NRW Interior Minister Ralf Jäger (SPD) for the first time commented extensively on New Year’s Eve. But Düren did not mention the cancellation request  to the committee then.

However, he said something that  now brings additional complications upon himself. In January, Düren stressed that both days after New Year’s Day, January 2 and 3, there was intensive communication about New Year’s Eve, also with deputy CID Director Heidemarie W. of the Cologne police. But the officer now clarifies in front of the investigation committee: “I have to disagree with this.” It was January 4 when she, for the first time, talked to a member of the NRW Interior Ministry.