From this German publication

About a week after the Silvester [NYE] attacks in Cologne the police has arrested two suspects. According to the magazine FOCUS the two suspects are North africans, who had threatening notes with them.

Shortly after midnight a police control stopped the two suspects and noticed that they had with them video of the Silvester attacks on their cell phones.

Additionally the police found notes in the suspects’ pockets. On these notes were arabic words written down and next to them, in german translation, the words such as : “I kill you”, and “I want to fuck big tits”. Also the french word “Surprise” was written down on one note, including the german translation “surprise”. The police suspects that the notes were written down in an organized effort in a night full of robing and sexual attacks to target women. According to investigator’s informations there seemed to have been a hard core of about 180 males that are responsible for the attacks. 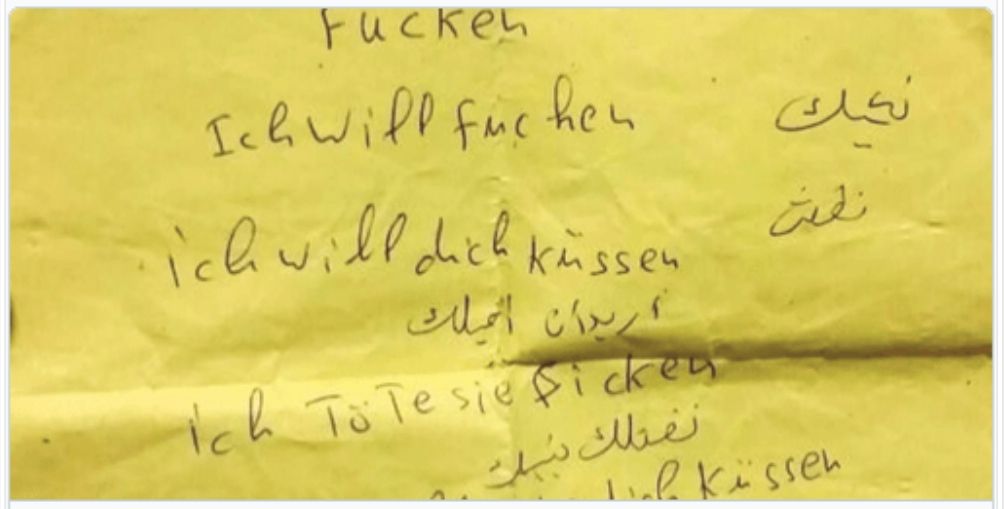 3 Replies to “After the attacks in Cologne: Police arrest two suspects”