1. Police presser where shooter’s stated motives are mentioned. The clip ends in mid sentence so they may go on to do the mandatory taqiyya exculpating Islam from, well islam really.

2. Europe News should be celebrated for hiring so many Down’s syndrome writers and analysts. A jihadi, who murdered 3 Israelis was shot in a mosque and EN claims the motive for his attack is “still unclear”. Truly this is affirmative action hiring of the otherly abled at its extreme.

3. Teenage student, 18, is fined £90 after lying that she was punched in the face because she wore a hijab in the days after the Paris terror attacks

(Considering the damage the lie she told likely did, I think that fine is grotesquely small. One wonders if ‘Tell Mama’ added it to their stats as they are wont to do) 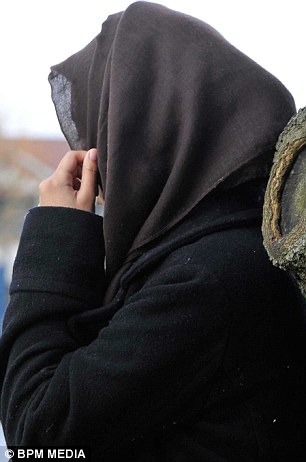 Miss Choudray posed for pictures that would not identify her, two days after she reported the ‘attack’

A Muslim teenager has been fined after she lied about being punched in the face because she wore a hijab in the days after the Paris terror attacks.

Student Miss Choudhury, 18, said she was attacked on New Street in Birmingham because she was wearing Islamic headwear.

She told police that she was knocked to the floor in the racist attack and that other Muslims in the area were being targeted following the French massacre, which saw ISIS jihadists kill 130 people and injure 352 at various locations in Paris in November last year.

Speaking about the made-up attack on November 23, 2015, Miss Choudhury, who did not want her first name to be revealed, said she had been left too scared to walk through in the city alone.

She said: ‘I feel shocked and really scared that someone could attack you for no reason. I don’t feel safe at all now.

(Imagine how the rest of us feel Ms. Choudary)

The attack happened at the Bella Vista hotel in the Red Sea resort of Hurghada.

Three foreign tourists – two Austrians and a Swede – have been injured in the attack, according to reports.

One of the gunmen is understood to have been killed by police.

5. Germans stock up on pepper spray and blank guns after attacks

(A blank gun is an interesting tactic. Typically, it tells the enemy, “Hey! I’m over here with a blank gun! Come and beat the sh*t out of me!”)

BERLIN, Jan 8 (Reuters) – Demand for pepper spray and blank-firing guns has surged in Germany, particularly after militant attacks in Paris in November and assaults on women in Cologne on New Year’s Eve.

Gun dealers and vendors of deterrent devices such as sprays and alarms say sales have taken off since August, when Chancellor Angela Merkel opened Germany’s borders to people fleeing war and poverty in the Middle East and Africa.

Ingo Meinhard, director of the German association of gunsmiths and specialist gun dealers, said sales of scare devices had “at least doubled” in 2015, citing telephone surveys with his members.

He said demand spiked up after the militant attacks in Paris on Nov. 13 and again after about 120 women complained of being mugged, threatened or sexually assaulted by gangs of men on New Year’s Eve in Cologne at New Year.

Similar but smaller-scale assaults on women have been reported in cities including Hamburg and Stuttgart. 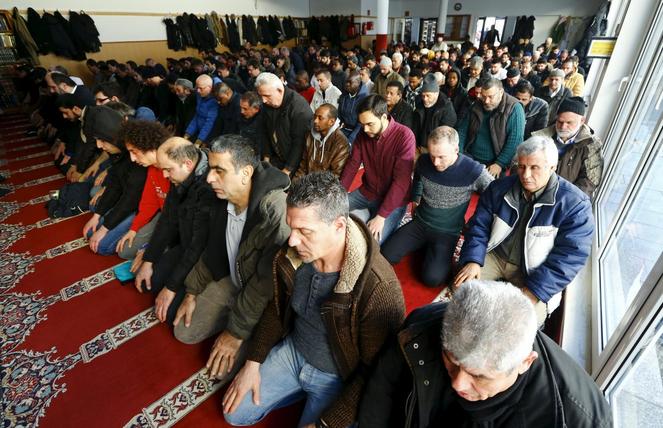 But as well as raising questions about policing, the attacks have triggered a furious debate about Chancellor Angela Merkel’s immigration policy, which saw 1.1 million asylum seekers come to Germany last year, the bulk of them from Syria, Iraq or Afghanistan.

The German Interior Ministry said on Friday that, out of 32 suspects identified so far, 27 were from North Africa or the Middle East, and 22 were seeking asylum.

“IT’S JUST TOO MUCH”

Shawn Barsohn, 17, said he blamed Merkel for the incident.

“She let in too many and now she has to see that it is just too much,” he said, as a large Christmas tree was dismantled on the square in front of the station.

Barsohn’s friend Maryam Dweiri, 13, agreed: “She is not in control of the refugee crisis … When I walk here at night, I feel anxious.”

(Mull it all you want Germany but as you don’t know or care where these guys are really from and none of the nations sending this massive hijra Northwards and Westward will accept any back unless you pay mightily and then they just take the money you paid and send them back to you again, I think you have to do more than play at making a decision you can’t make)

As the fallout from a spree of sexual assaults against women alleged to have been carried out by groups of Middle Eastern men spreads, German authorities are scrambling to come up with measures to beef up security and punish migrants convicted of serious offenses.

The events in Cologne on New Year’s Eve, in which groups of “North African and Arab” men reportedly robbed and sexually assaulted at least 120 women, are something that should never happen again, Interior Minister Thomas de Maiziere told German regional daily “Rheinische Post” on Friday.

9. Terror in Egypt: Jihadi gunmen waving black flag of ISIS are shot dead before they could detonate suicide vest after storming hotel and opening fire on European tourists in Red Sea resort

Jihadis armed with a gun, knives and a suicide belt have wounded three tourists at the entrance of a hotel in an Egyptian Red Sea resort.

Security forces said the attackers arrived by sea to launch the onslaught on the beachside Bella Vista Hotel, in the Red Sea resort of Hurghada.

They claimed to have killed an attacker wearing a suicide bomb, and have seriously wounded a second armed with a knife.

The two attackers entered the hotel’s outdoor restaurant at the front of the building and attacked the tourists.

The attackers were reportedly carrying black flags with the shahada, the Muslim testament of faith, written it white, commonly used by ISIS.

(Actually its worth looking up the history of the flag of Islam. Mohamed himself carried the ‘Al-Ray’ with him as a battle standard. Calling it the ‘Al-Qaeda flag’ or the ‘Islamic State flag’ is a decoy. Its the battle flag of islam. Always has been)

Here is a vid I made with an associate on the subject a few years ago.

10. Czechs are calling for a boycott of a traditional Christian charity as the money is to be used for settling muslims in the Czech republic. (I do suggest reading all available from the people who invented the Interfaith process of penetration and subversion, the IIIT and OIC)

11. Italy: Gun-wielding Arabs ask teens if they ‘believe in Allah’

(ANSA) – Modena, January 8 – Five teenagers were reportedly threatened by Arabs from the Maghreb who lined them up, shot a pistol into the air, and asked them whether they believe in Allah or are Christians.
The teens responded that they don’t believe in anything, and the men left.
It is not clear whether or not the gun was real.

(Next time, there will be killing as there was at Westgate and other instances with the same line of ‘questioning’)

Thank you Maria J., M., Richard, Gates of Vienna, Buck and all who made the effort to help inform us all. Much obliged as always

A word about the blank guns for Germans. I would like to offer a word on that. Don’t. Many people feel that guns are dangerous but not nearly as dangerous as a fake one. If you pull a gun on someone or in some situation, you are saying that you are taking the situation to lethality. That person will respond in kind. If you have a blank gun, you have committed suicide. In fact its such an effective way to commit suicide that the term, ‘suicide by cop’ was coined because so many people pull a blank or empty gun on police expressly for the purpose of making some poor cop never sleep well for the rest of their lives so the blank holder can take the easy way out.

I highly support the German, hell anyone’s natural right to self defense, and in a Western Liberal democracy we pay mightily and work very hard to have a society where girls and women can go out and night and enjoy themselves or walk in the park. But either do it right or don’t do it. Get a real gun, learn to use it responsibly and make sure the attackers never know who is armed and who isn’t. I like to think of concealed carry as a kind of ‘herd immunity’ much like inoculations. Once a sufficient percentage of the public is secretly armed, the entirety of the public is safe.