This is, at one level, the best proof that the UK is now a communist nation in Cultural Marxism terms. Not only is it an arrest able offense to say something true but that may offend a protected group, even if you quote a recent elected prime minister you can be arrested and potentially sent to prison for it.

Whatever one may think of Paul Weston and his party, this is a travesty and an abomination of democracy. However I doubt it would be different in the US or Canada at this point. I think we shall know soon however.

From the Liberty GB Press release:

Today Paul Weston, chairman of the party Liberty GB and candidate in the 22 May European Elections in the South East, has been arrested in Winchester.

At around 2pm Mr Weston was standing on the steps of Winchester Guildhall, addressing the passers-by in the street with a megaphone. He quoted the following excerpt about Islam from the book The River War by Winston Churchill:

“How dreadful are the curses which Mohammedanism lays on its votaries!
Besides the fanatical frenzy, which is as dangerous in a man as hydrophobia
in a dog, there is this fearful fatalistic apathy. The effects are apparent
in many countries. Improvident habits, slovenly systems of agriculture,
sluggish methods of commerce, and insecurity of property exist wherever the
followers of the Prophet rule or live. A degraded sensualism deprives this
life of its grace and refinement; the next of its dignity and sanctity. The
fact that in Mohammedan law every woman must belong to some man as his
absolute property – either as a child, a wife, or a concubine – must delay
the final extinction of slavery until the faith of Islam has ceased to be a
great power among men. Thousands become the brave and loyal soldiers of the
faith: all know how to die but the influence of the religion paralyses the
social development of those who follow it. No stronger retrograde force
exists in the world. Far from being moribund, Mohammedanism is a militant
and proselytizing faith.”

Reportedly a woman came out of the Guildhall and asked Mr Weston if he had the authorisation to make this speech. When he answered that he didn’t, she told him “It’s disgusting!” and then called the police.

Six or seven officers arrived. They talked with the people standing nearby, asking questions about what had happened. The police had a long discussion with Mr Weston, lasting about 40 minutes.

At about 3pm he was arrested. They searched him, put him in a police van and took him away. 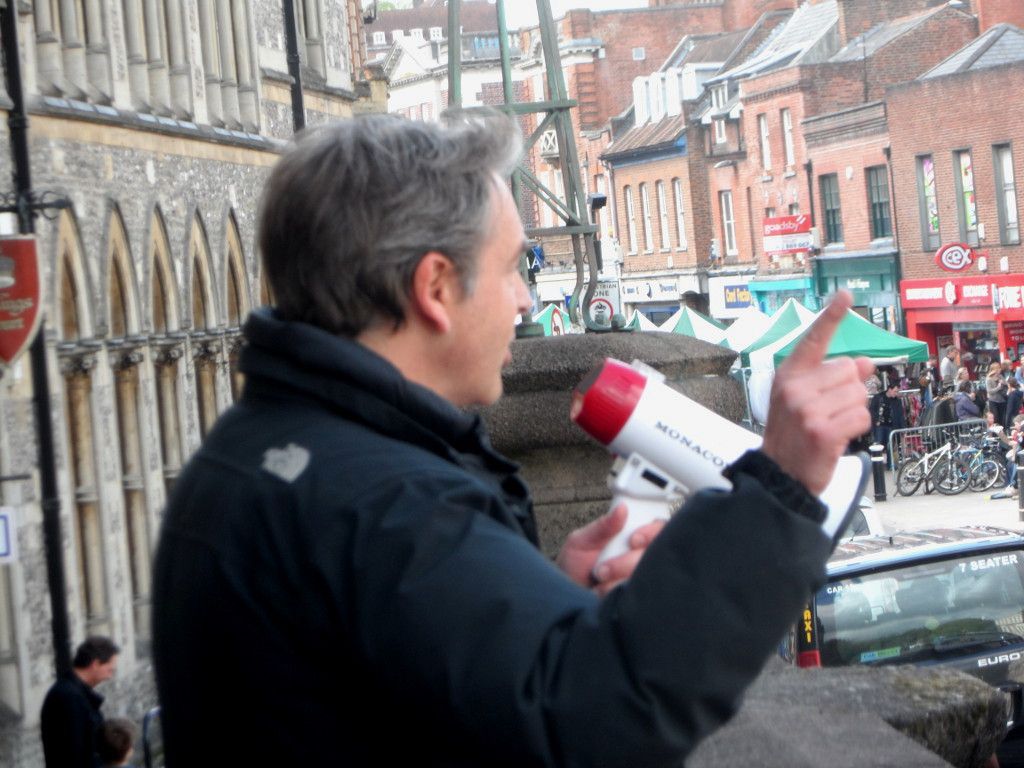 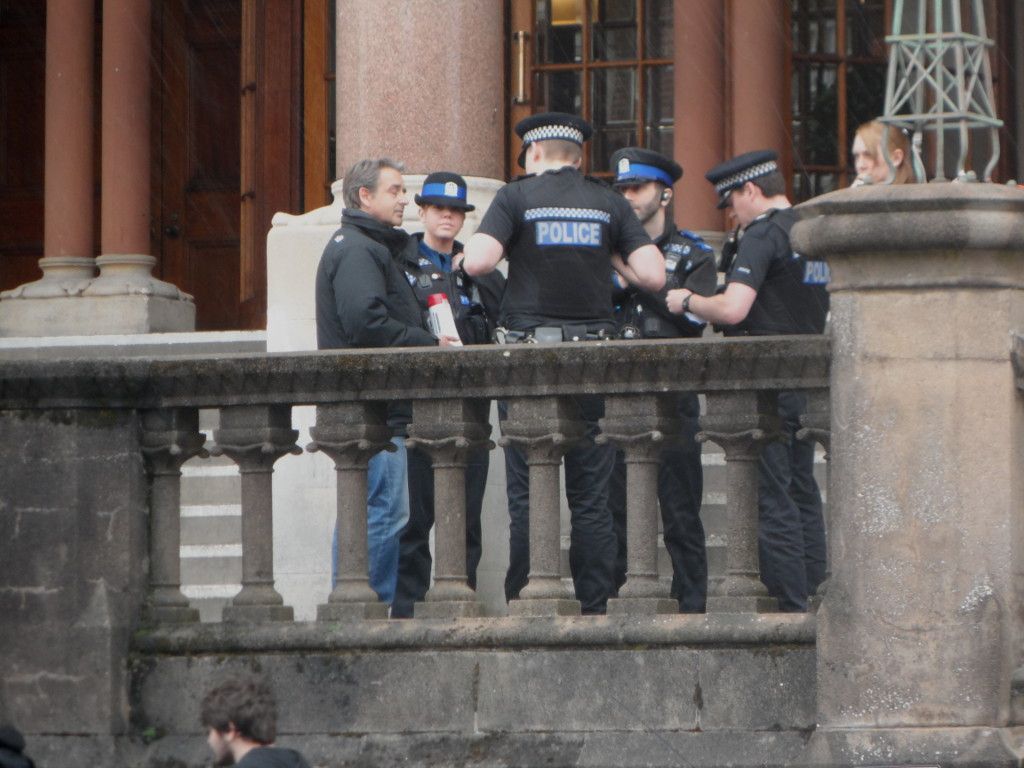 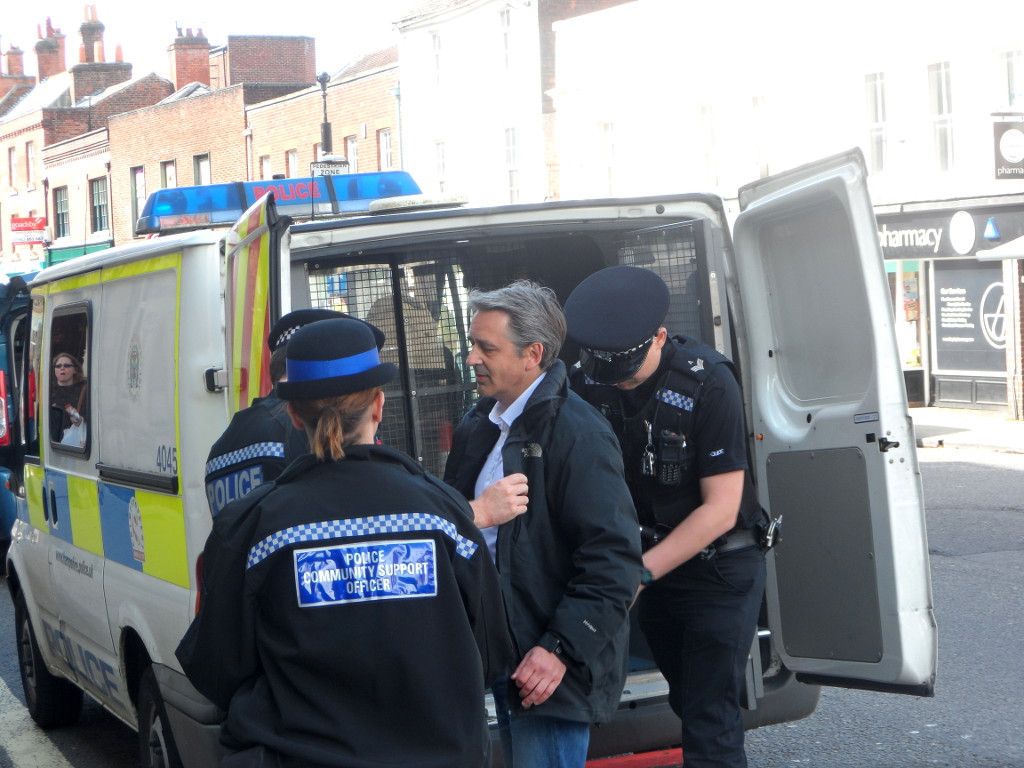