My guess is Cameron is taking another end run at the EDL. 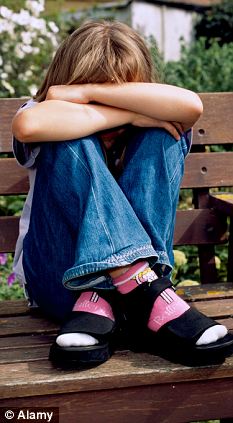 ‘Abhorrent crime’: Children as young as 13 were targeted by a sex gang in Rochdale. (Picture posed by model)

Action to tackle child sexual exploitation will be announced this week after No?10 was shocked by ‘heartbreaking’ stories of abuse.

The move follows the conviction of nine Asian men for systematically raping and abusing underage girls in Rochdale, Greater Manchester, and claims by a Government expert that abuse was taking place ‘all over the country’.

On Tuesday, Ministers will launch an urgent review of the quality of care provided in children’s homes – which were at the heart of the Rochdale scandal –  and publish a progress report on an ‘action plan’ designed to tackle child exploitation.

In May, nine men were jailed for a total of 77 years after a court heard that they had plied girls as young as 13 with drink and drugs before carrying out acts of abuse.

Many of the girls, who all came from deprived family backgrounds, had been in the care of the local authority.