Even when the U.K. admits the nature of a problem, it still lies in the most fundamental ways. Chinese, Japanese, Korean (yes even North) Thai, Burmese, Hindus Etc. etc. should really sue the British government, the BBC and the state of England and the UK in general for this continued grotesque and defacto racist policy of calling crimes that are inspired and motivated by the ideology of Islam and blaming it on people from the continent of Asia, as if that geographical point of origin is what mattered.

This is grotesque racism of the very worst kind. Yet the British do it to shield the ideology that is in fact responsible, compounding this crime. 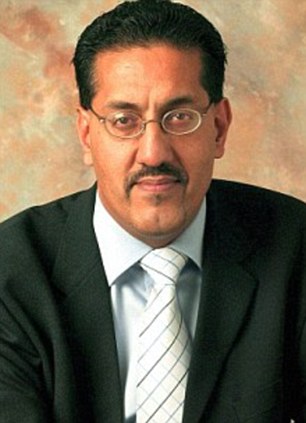 Stand: Crown chief prosecutor for the north west Nazir Afzal, pictured, has admitted the exploitation of white girls is an ‘Asian problem’

The sexual exploitation and grooming of young vulnerable white girls is a ‘particular problem in Asian communities’, one of Britain’s top prosecutors admitted for the first time today.

In a year when several paedophile gangs were convicted of raping and prostituting victims in north west England, Nazir Afzal says it is impossible not to notice ‘that the perpetrators were Asian and the victims were not.’

The Chief Crown Prosecutor for the region added that ‘cultural baggage and the status of women among some men in these communities contributes to their disrespect for the rights of women.’

It was claimed last month that fears they would be branded racist meant that police and social services left one group free to rape up to 50 white girls, and Mr Afzal said today he would not ‘turn a blind eye.’

It came as the Commons Home Affairs Select Committee announced yesterday a day of evidence next week because its members and  chairman Keith Vaz are ‘very concerned by the recent cases of child exploitation.’

The Labour MP for Leicester East has previously said: ‘I do not think it is a race issue.’

In these disturbing recent cases most victims were white, aged between 13 and 16, many were from vulnerable backgrounds or the care system, and the majority were plied with booze and drugs before being systematically abused.

Speaking to The Times today Mr Afzal said: ‘Exploitation happens in every community but these cases demonstrate that group grooming is a particular problem in Asian community. I will not turn a blind eye to crimes in any community.’

He spoke out as two Asian men, Mahfuzur Rahman and Abdul Hannan, were convicted of raping or sexually assaulting four young white women in their area after they picked them up and got them drunk.

In an originally botched prosecution in 2009, victims gave detailed evidence about being violently raped by Rahman before charges were dropped because evidence was said to lack credibility.

Once the case was abandoned, Rahman was free to target a 17-year-old from a nearby children’s home, plying her with vodka before sexually assaulting her at his flat.

His other victims were also violently raped or assaulted while very drunk. 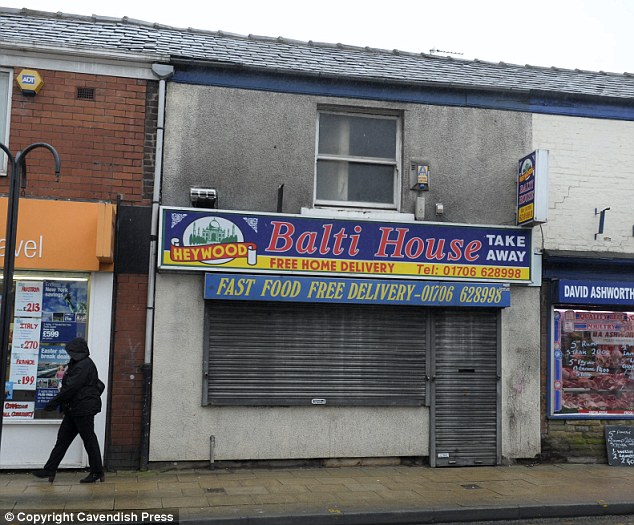 Disgusting In the Rochdale case the abuse began at two takeaways in the Heywood area, including the Balti House (pictured), which is under new ownership

And when he was finally arrested and charged with rape again last year individuals close to the case said Rahman told officers: ‘Rape? Which one?’