When you call us you win … 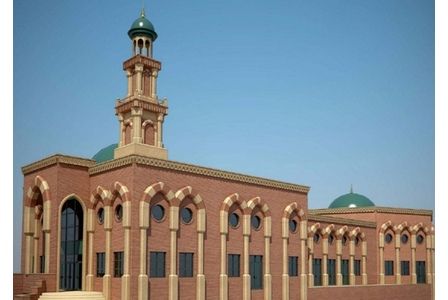 To my pleasant surprise, we’ve won every case we’ve fought. Is this just luck? A lucky streak of 12 on the trot would be a very lucky streak indeed, though maybe not impossible. What confirms my view that it is more than dumb luck is that the applications we haven’t got involved in have gone the other way.

The City of Derby is a classic example. They were recently the fortunate recipients of an application for “A MOSQUE that could cater for 600 people, with a minaret towering 21 metres into the sky, will be built in Derby”. See the image above.

The good people of Derby didn’t approach us for help.

The mosque got planning permission on March 15th.

And this in spite of the Council Planning Officer recommending that permission be refused because of “physical dominance”, “overbearing height”, “mass within the plot” and “undue harm to the amenities of adjacent and nearby residents”.

The Councillors evidently believed that no mosque could possibly be intended to dominate its area and, therefore, granted planning permission. The Chairman went so far as to describe the mosque as “an addition to some of the finest architecture in Derby“.

The campaign against this mosque was heartfelt, but ineffectual.

There were 17 objection letters, and 63 letters in support. The Councillors went with the numbers.

As usual, this application teaches us the following:

Politicians of every stripe know the sound of the people waking up, and fear it coming sooner than they calculated. They fear muslim irrationality, but they dread far more the judgment of their English peers, whom they have been busy ignoring for so long.

Councillors’ cowardice and opportunism – the reason why mosque planning application so often succeed – are also the reason why a well run opposition campaign is successful.

But you need to run it well and make it count. So call us.

In the meantime, I wish the City of Derby well. I hope they enjoy their mosque, because they will have at least a decade in which to do so. Before the tide turns far enough to reach them.