Welcome to Great Britain. A wholly owned subsidiary of The Kingdom of Saudi Arabia. 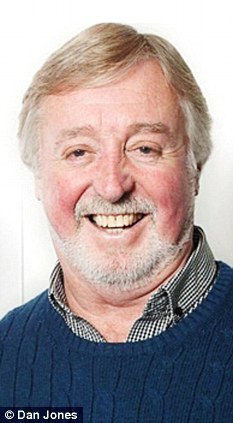 Humiliated: David Jones, who created Fireman Sam, is outraged by the way he was treated at Gatwick Airport

The creator of the popular children’s character Fireman Sam has told how he was accused of racism after making a light-hearted remark at Gatwick airport.

Dave Jones said he experienced an ‘Orwellian nightmare’ after commenting on the ease with which a woman with her face covered by a hijab, another form of the burqa, had walked through security controls.

As he placed his scarf and other items into a tray to pass through an X-ray scanner, he quipped to an official: ‘If I was wearing this scarf over my face, I wonder what would happen.’

To his astonishment, he was met on the other side of the barrier by officials who detained him for an hour in an attempt to force him to apologise and the police were called.

Mr Jones, 67, who was supposed to be meeting his daughters, said: ‘Something like George Orwell’s 1984 now seems to have arrived  in Gatwick airport.

‘I feel my rights as an individual have been violated.

‘What I underwent amounts to intimidation, unlawful arrest and detention. I was humiliated and denigrated in full public view.

‘I am a 67-year-old pensioner and have lived my life within the law.

‘I do not have even one point on my driving licence.’

Mr Jones said that when he had made his original remark, the guard had appeared to agree with him, responding: ‘I know what you mean, but we have our rules and you aren’t allowed to say that.’ 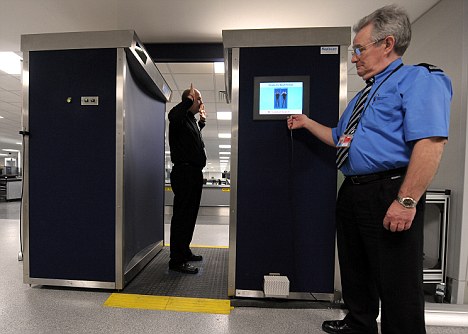 Tight security: David Jones was detained after being searched at Gatwick Airport

As he went through security where he hoped to meet up with his two grown-up daughters, he was confronted by a woman official who said he was being held because he had made an offensive remark.

4 Replies to “‘What would happen with a scarf over my face?’: Outrage of Fireman Sam creator detained and branded racist for innocent burqa joke at airport security”