Something tells me that this story is still concealing something a lot more insidious. For example, that perhaps the mayor of this area is trying to destroy free-speech and other essential and genuine human rights because it offends his notion of Islam etc. 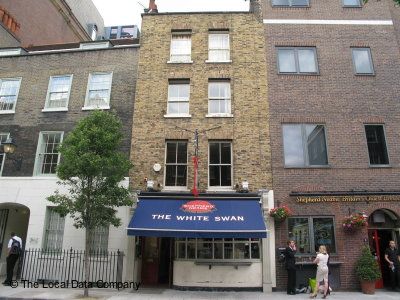 The mayor of Tower Hamlets has been accused of homophobia for trying to stop a gay pub running its popular “drag queen” strip nights.

Staff at the White Swan claim Lutfur Rahman, an ally of Ken Livingstone, is “making a mockery” of diversity.

Tower Hamlets council is threatening to classify the pub as a sex establishment and use laws regulating lap-dancing clubs to ban the Wednesday night comic contests, which have run for 26 years.

Michael Barrymore came out at one of the shows in 1995 and fans include Graham Norton and Sir Ian McKellen.

Barry Kirk, 59, the pub’s joint-owner, said: “Wednesday is our only busy week night. If they kill our Wednesday nights, we’ll be threatened with closure.”

A petition to save the night has attracted 800 signatures.

Daryl Stafford, a DJ at the pub, said the shows were nothing like lap dancing and added: “This is discriminatory and it makes my blood boil. You have to ask why they would want to stop something which is perfectly harmless. There’s nothing sexual about it.”