It seems that courses at British universities cover the basics like never before.

The stereotypical student is a messy sort of beast, with a fondness for alcohol and daytime TV and an allergy to washing up.

But for all their foibles, most people would expect the teenaged scamps to have mastered the use of a toilet.

Not so at Swansea University, where campus chiefs have put up signs in a helpful attempt to provide students with toilet training. 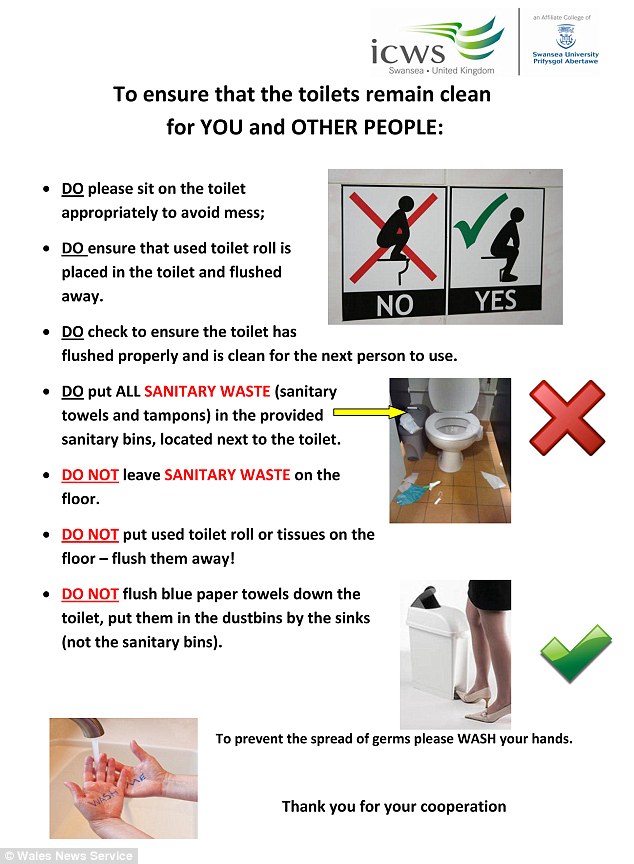 Completely potty: This ‘toilet training’ poster was put up in ladies’ toilets at Swansea University after some were found in a mess

University bosses said they put up instructions about how to use the toilets properly after some were found in a mess, sparking a series of complaints.

Explaining their decision, they blamed ‘cultural differences’ in the way the toilets are used by foreign students, some of whom are used to the ‘squat toilets’ common in parts of Asia and Europe. 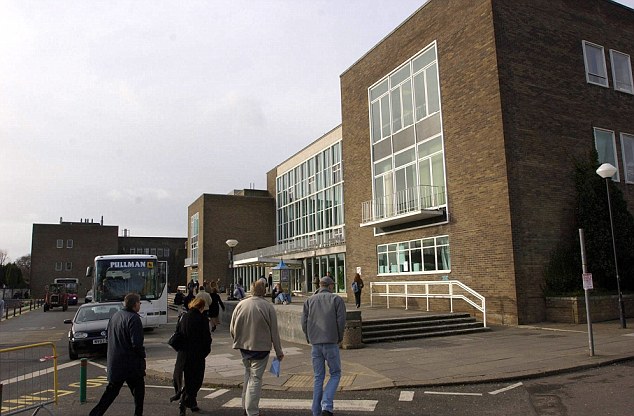 5 Replies to “University now much more basic than it used to be.”