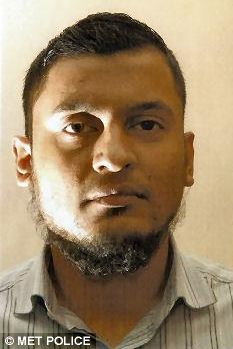 Accused: Rajib Karim is facing charges under the Terrorism Act 2006

An Islamic extremist landed a job as a British Airways ­computer expert with the aim of blowing up a plane bound for America, a court heard.

Rajib Karim, 31, is accused of ­plotting with terror mastermind Anwar al-Awlaki to commit a ­‘spectacular’ atrocity that would lead to ‘widespread loss of life’.

Desperate for martyrdom, the Bangladesh-born fanatic volunteered to train as cabin crew in the hope of blowing up aircraft, it was alleged.

The software engineer is also said to have planned to hijack BA computer systems to ground flights, causing chaos for millions of passengers.

Karim had already begun to build a terror cell in Britain, recruiting a baggage handler from Heathrow Airport and a security guard, it was claimed.

Woolwich Crown Court heard that in the final encrypted email he sent to al-Awlaki before his arrest last February, Karim said he would speak to his brothers ‘to find out the ­possibilities of shipping a package to a U.S.-bound plane’.

Yesterday the jury was told that Karim acted as a terrorist mole for American-born al-Awlaki – the commander of the Yemen-based Al Qaeda in the Arabian Peninsula – passing him crucial information on the airline’s computer and security systems. 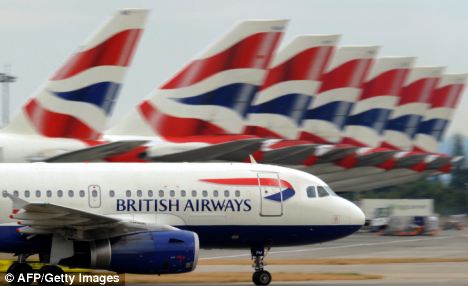 The zealot came to Britain in December 2006 with his British wife, Zijarin Raja, to seek cancer treatment on the NHS for his baby son, now five. It later transpired the boy did not have the disease and he has now recovered.

But Jonathan Laidlaw QC, prosecuting, said that from his arrival Karim was ‘entirely committed to an extreme Jihadist and religious cause’.

‘Karim believes that terrorism, including the murder of civilians, is permissible to establish, as he views it, a true Islamic state’

‘He believes that terrorism, including the murder of civilians, is permissible to establish, as he views it, a true Islamic state,’ Mr Laidlaw said. ‘Karim was anxious to carry out such an act and he was determined to seek martyrdom.’

Karim had been given indefinite leave to remain in the UK in January 2009, and just a month before had completed an application form for naturalisation as a British citizen.

But the court heard that when he first travelled from Bangladesh to the UK it was to see if the country ‘could be exploited for terrorist purposes’.

In one email, recovered by police, he said: ‘From the moment I entered this country my niyah (purpose) was to do something for the deen (faith), it was not to make a living here and start enjoying life.’

However, he settled in at work and bided his time, Mr Laidlaw told the court, joining a gym and playing football. ‘It was as far as anybody could tell a perfectly ordinary life he was living,’ he said. 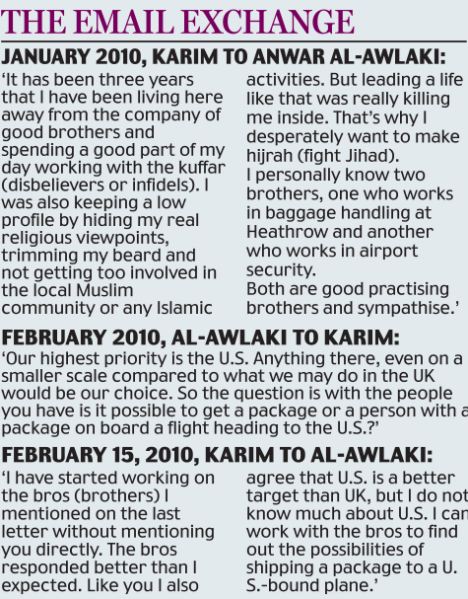 Karim, already a fund-raiser for the Al Qaeda-linked terror organisation Jamaat-ul Mujahideen Bangladesh (JMB), began plotting with al-Awlaki after being introduced by his younger brother, Tehzeeb, also a member of the JMB.

The father of one signed up to BA’s graduate training programme in Newcastle in 2007, becoming a software engineer in ‘as good a job as could be obtained’ for terrorist purposes,

In late 2009, Karim became depressed that he had failed to achieve an attack and offered to wage war in Afghanistan.

But al-Awlaki said he should remain in position, from where he ‘might be able to provide us with critical information’.

Karim responded saying he had ‘knowledge of key people in BA’ as well as key computer hardware locations.

Following strike action by cabin crew in 2009, BA sought volunteers from its ground staff to train as cabin crew.

Karim completed an application form for a customer support role – he did not have enough service for cabin crew duty – two weeks before his arrest.

He has admitted several charges including fund-raising for terrorism, but denies four counts of engaging in the preparation of terrorist acts.