From The Daily Mail, U.K.

A college has drawn criticism after it banned any Muslims on its premises from wearing veils for ‘security reasons’.

Burnley College, in Lancashire, placed a notice from principal Hugh Bramwell at  reception informing all students, staff and visitors they must remove items which cover their face on arrival.

But while bosses claim the move was necessary for security, the University of Central Lancashire, which runs courses from the same building, has not implemented the policy. 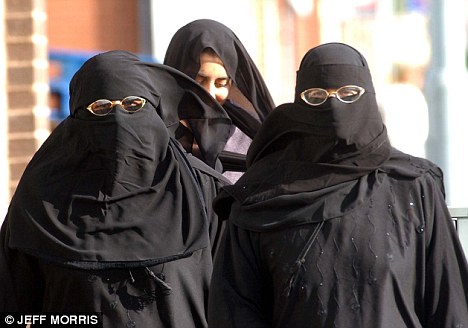 Burnley College, in Lancashire, has placed a notice at reception informing all students, staff and visitors they must remove items which cover their face.

Critics have now hit out at the ban – which includes helmets – insisting it denies people the ‘freedom to wear what they want.’

Councillor Wajid Khan, a course leader at the university, condemned the move.

‘Personally I don’t agree with the policy in the college,’  he said.

Coun Khan, whose ward contains the college, added: ‘Here at the university we don’t have that policy. Everybody should be entitled to their individual freedom.

‘It could affect parents coming to parents’ evening but the college should let parents know of the policies and students should make sure they know the policies before they join.

‘Any student in the University of Central Lancashire area can chose what they wear. But university students who wear the veil and walk through the college area must identify themselves to the security guards. There are only male security guards on the premises.’

‘There are human rights issues, people have the right to wear what they want,’ he said.

‘Burnley College has one policy and the university has another. I think it is a little excessive. There should be a compromise.

‘If security is an issue the person coming in the burka should show their face to the security guard.’ 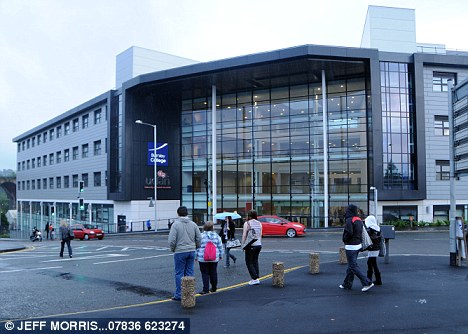 Burnley College. Bosses claim the ban was necessary for ‘security reasons’ but the University of Central Lancashire, which runs courses from the same building, has not implemented the policy

Last year the college, which describes itself as a provider of sixth form, university and adult education, turned away Shawana Bilqes, 19, when she tried to enroll.

Staff asked her to remove her burka – which covered everything but her eyes – for identity fraud purposes.

But she told them she could not because of her religious beliefs and was forced to abandon plans to sign up her course.

Shawana, from Burnley, Lancs, said: ‘I am not surprised that the college has decided to ban veils completely after what happened to me.

‘It is sad as it will force students to go elsewhere.’

The 19-year-old added: ‘It is my choice to wear the veil.

‘I live around the corner from the college in an area where there are so many practising Muslims. It was an ideal place for me to studyand that’s why I chose it.

‘I tried to compromise but the college wouldn’t. They sent me a letter to say I could continue with my course if I stopped wearing the veil.

‘We are in the 21st Century and we get people from all walks of life. I’m in the police cadets as well and yet it’s not a problem  wearing the veil there.’

Burnley College is in a new £81m development described as ‘the most ambitious development of its kind in the country’. It boasts 7,500 sixth form students and a 100 per cent pass rate for the fifth year running.

Blackburn MP Jack Straw hit the headlines in late 2006 after making controversial comments about whether women should wear the veil.

‘Security can be checked in other ways. But I think they are barriers of communication’

A spokeswoman from the college said: ‘The policy on our reception desk is a college policy which is displayed internally to staff, students and visitors.

‘This policy is an internal document which is not designed to be used externally.’