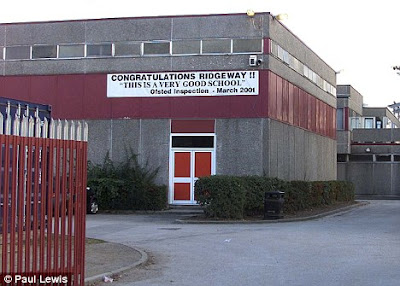 A classic example of political correctness run amok. Treating students with kid gloves (read = differently) because they are minorities, is in fact …racism. It’s a shadowy form of racism that thrives within the dogma of political correctness, which focuses solely on Western societal institutions, norms, customs and values.
The idea behind political correctness, the brainchild of cultural Marxists, is to destroy Western society from within by attacking its institutions as being racist. Inevitably, political correctness produces a racism all its own, but that doesn’t phase or stop the cultural Marxists, because when it’s all said and done, they’re not against racism at all, but against Western society.
So here it is in full display, a school staff scared to death of being labeled as “racists”, turn a blind eye to the thuggish behaviour of their students, solely because they are ethnic Pakistanis. This is the direct outcome of PC dogma having been accepted as a mainstream ideology, which has resulted in societal approval of the form of racism that the Tundra Tabloids has long been describing as “humanitarian racism”. KGS
“An attributing of intrinsically reduced responsibility for their acts to people of certain ethnic or national groups.” [Dr.Manfred Gerstenfeld, Behind the Humanitarian Mask, The Nordic Countries, Israel and the Jews, pp.22]
Classroom apartheid: Teachers who were afraid to discipline thuggish minority of Asian pupils for fear of being branded racist
He gave his name as Henry Webster when he stepped into the witness box at the High Court in London last week. But he wasn’t the Henry Webster his family and friends remember.
The real Henry Webster was a strapping 6ft 2in rugby player, not someone who struggled to string sentences together and had to be given painkillers to complete his evidence.
Instead of preparing for college or university, he has been left with learning difficulties, short-term memory loss, and epilepsy. Henry will settle for that because the alternative would have meant not being here at all.
This is the only upside of being attacked with a claw hammer that left an inch-deep impression on his skull. 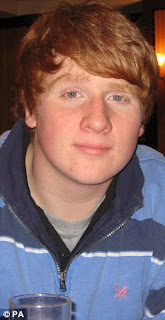 One claw hammer and 12 teenage thugs versus one young man. Those were the odds when a gang of Asian youths ambushed him.
After their work was done, his attackers punched the air in triumph -‘that’s what you call Paki bashing,’ they yelled.
The thugs have all been jailed. Not all the culprits, however, have been brought to book – not in the eyes of Henry’s family, anyway. They believe teachers at his school, near Swindon – where the assault took place in 2007 when Henry was just 15 – are as guilty as the actual perpetrators themselves.
Why? Because, they say, the school allowed ethnic minority pupils to get away with flagrant misbehaviour, and then handed them less severe punishments than their white classmates because staff feared they might otherwise be accused of racism.
In other words, a culture of ‘ educational apartheid’ prevailed in all but name at Ridgeway School.
Had this not been the case, Henry’s parents insist, their son would probably not have sustained brain damage outside the school tennis courts one day in January nearly three years ago.

4 Replies to “UK: SCHOOL ALLOWS THUGGISH BEHAVIOUR FOR FEAR OF BEING BRANDED AS RACISTS”