It has become all the rage for Muslims in the peddling sharia business to initiate soft jihad in the workplace. Take the recent case of a Muslim teen who launched a law suit against clothing retailer Abercrombie & Fitch for discriminatory employment practices. Told that her hijab was inconsistent with the clothiers ‘look policy’, the young woman initiated court action via the US District Court, where the Equal Employment Opportunity Commission picked up the ball on her behalf. Not only did the EEOC pursue monetary damages, but they also sought non-monetary ones for such things as emotional pain, suffering, anxiety, loss of employment, humiliation and inconvenience.

Instances such as these are increasing.

Imagine you own and operate an upbeat, modern hair salon in London. A young woman looking for work as a hair stylist comes to you in hijab. You convey to her that you need stylists to sport alternative, funky hair styles which would reflect the shops’ image. How is that possible you wonder if her hair is covered? She sues. You pay. London salon owner Sarah Desrosiers found herself in this exact circumstance.

Muslim woman refused job as a hairdresser because she wears a headscarf wins £4,000 payout 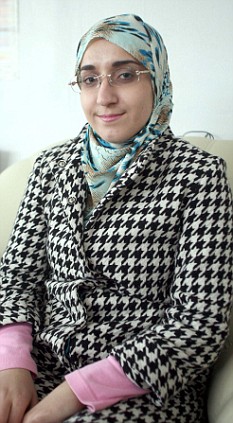 A Muslim woman has been awarded £4,000 for “injury to feelings” after a hair salon owner refused to employ her because she wears a headscarf.

Bushra Noah accused Sarah Desrosiers, owner of a trendy central London hair salon, of religious discrimination after she failed to offer her a job in May last year.

Mrs Noah, of Acton, west London, applied for a job as a junior assistant at the Wedge salon in King’s Cross.

Giving its judgment, the tribunal said it accepted that Ms Desrosiers said that Mrs Noah lived too far away but was persuaded to give her an interview.

But when the 19-year-old applicant arrived at the salon she claimed that the Canadian salon owner was clearly shocked by the fact she wore a headscarf.

Ms Desrosiers told the tribunal she was surprised that the younger woman had not mentioned it earlier.

She said she needed stylists to reflect the “funky, urban” image of her salon and showcase alternative hairstyles.

If an applicant had a conventional hairstyle she would insist that it was re-styled in a more “alternative” way, she said.

After a 15-minute meeting she and Mrs Noah parted and both parties told the tribunal it was obvious that the 19-year-old would not be offered the job.

The panel refused an application by Mrs Noah for aggravated damages and rejected her claims that the episode had put her off hairdressing, finding that she applied for further salon jobs before deciding to retrain in tourism. 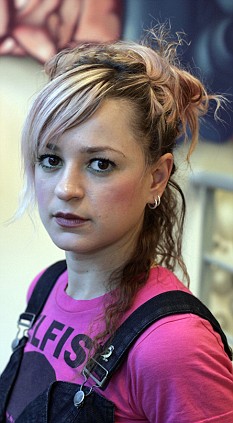 But they did find that she had been badly upset by the 15-minute interview and awarded Mrs Noah £4,000 damages for “injury to feelings”.

In their judgment, the panel stated: “We were satisfied by the respondent’s evidence that the claimant was not treated less favourably than the respondent would have treated a woman who, whether Muslim or not, for a reason other than religious belief wears a hair covering at all times when at work.”

But they also concluded: “There was no specific evidence before us as to what would (for sure) have been the actual impact of the claimant working in her salon with her head covered at all times.

“We concluded that, on a critical and balanced assessment, the degree of risk, while real, should not be assumed to be as great at the respondent believed.”

Ms Desrosiers, 32, said: “I feel it is a bit steep for what actually happened. It’s really scary for a small business.

“I never in a million years dreamt that somebody would be completely against the display of hair and be in this industry. I don’t feel I deserve it.”

She said she still had not appointed someone to the job and had decided to “leave it for a while”.

Mrs Noah’s legal representatives were not available for comment.

The strategy is clear. Purposely apply for employment with a retailer, firm, restaurant, transport, etc. deliberately knowing the work standards, policy will conflict with Islamic religious/cultural beliefs. When employed or in some instances, upon interview, issue demands that the business accommodate Islam. When denied, launch a complaint with a human rights commission or file a legal suit against the employer citing religious discrimination. This demonstrates an intention, not to comply with the standards set for all employees but an attempt to change the institutions’ standards and work policy from within, to conform to Islam. The nature of the business itself will be ultimately changed by the force of  mistaken notions of reasonable accommodation, while forcing western institutions, to submit to the most abstract and arcane aspects of sharia law.

Take for example the case of supermarket employees who refuse to handle alcohol and have been awarded the right to ask a colleague to do it for them, or taxi drivers who refused to transport blind passengers with seeing-eye dogs or those with alcohol. Or, the instance of female Muslim employees refusing to comply with safety standards while loading cartons in a UPS warehouse, or that of a Muslim chef  who sued the Met when asked to cook pork. It’s becoming much trickier for employers leading financial institutions as well.

Indeed, when faith becomes a club.

Grace and Eeyore for Vlad.

3 Replies to “When faith becomes a club”