Here is a SITREP you don’t see every day. Organized gangs of Chinese Muslims have been attacking Han Chinese with toothpicks and safety pins to ‘spread fear’. I would put this in the ‘piss me right off’ category. If I was attacked by a Muslim with a toothpick I would defend myself with a pork tenderloin. This would be proportional at least even if the UN would call it a war crime. 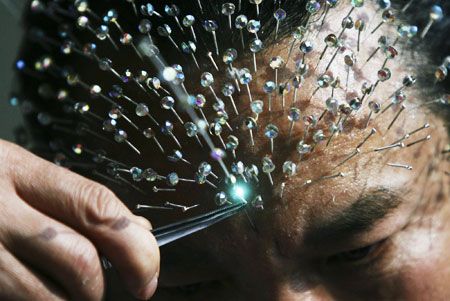 China: Police Arrest Suspected ‘Terror Gang’ In Xinjiang
September 16, 2009
Six suspected members of a “terror gang” have been captured by police in China’s Xinjiang Uighur Autonomous Region, Chinese authorities said Sept. 16, Xinhua reported. Two of the alleged gang’s leaders were among those arrested, and materials for making explosive devices were seized in police raids in the suburbs of the city of Aksu, police said.