And people keep saying “This is because of poverty and exploitation by the US.” This kid was from a million dollar upper middle class home. 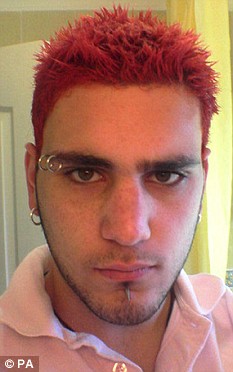 Convert to Islam: Andrew Ibrahim before became a devout Muslim

A hospital consultant’s son kept a suicide vest and explosives at his home ready for a terrorist attack, a court heard yesterday.

Andrew Ibrahim, who was educated at a leading public school, is said to have come under the spell of radicals after converting to Islam.

He watched videos of extremists such as Abu Hamza, Omar Bakri Mohammed and the 7/7 bombers, Winchester Crown Court heard.

He allegedly surveyed targets in preparation for a terrorist attack after likening the UK to ‘living in a dirty toilet’.

The 20-year-old had changed his name from Andrew to Isa in 2006, shortly after converting to Islam while still living with his parents.

He was 18 when they kicked him out and disowned him because he was using drugs.

He moved to a homeless hostel in Bristol and then to a flat on the edge of the city while he studied for his A-levels.

He was arrested last April while walking into the city centre.

‘Sitting in his fridge inside a family assortment sized biscuit box was a quantity of homemade high explosive known as HMTD,’ said prosecutor Mark Ellison QC.

‘In a cupboard under his kitchen sink were some of the ingredients he had needed to make the explosives and a crudely-made electrical circuit.

‘Hanging from the back of the bedroom door was a homemade white cotton vest consisting of a central panel at the front and back with straps going over the shoulder.

‘That is the sort of vest which is used sometimes by what are known as suicide bombers. Explosives go in the pocket.’ In February last year, Ibrahim is said to have started searching the internet for information on bomb-making and bragged about this to a fellow science student.

Two months later he allegedly toured Broadmead shopping centre in Bristol, making notes on his mobile phone about the location of shops, lifts, escalators and exits.

He said he wanted to go to Iraq or Palestine to join the fighting, Mr Ellison told the jury.

‘He wanted to follow in the footsteps of others … as a demonstration of the strength of their beliefs and to strike a blow against the enemy.’ Ibrahim’s family watched the trial from the public gallery yesterday. 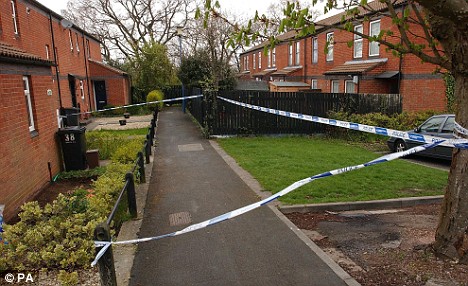 His mother Victoria and father Nassif, a pathologist at Frenchay Hospital in Bristol, have a £ 1million home. His brother Peter is an Oxford graduate and IT worker.

Ibrahim went to Downside School near Bath, a Roman Catholic boarding school whose former pupils include the writer Auberon Waugh.

He denies making an explosive with intent and preparation of terrorist acts.

The jury heard he had admitted making an explosive substance.