Well, he did promise not to try to kill any more Canadians. Had he and his brethren been successful in their plans, the streets of Toronto would have been littered with bodies for no other reason than Muslims hate the west. This little fact is again ignored by a judge that is to stupid to see the truth.  So I guess this man [who’s identity is protected by the same justice system that allowed him back into society] can now have a lovely welcome home, no longer imprisoned by the naive infidel. 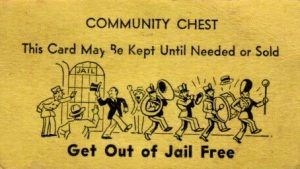 A man belonging to the so-called Toronto 18 terror group was sentenced to 2½ years in prison Friday, becoming the first person convicted in a domestic terrorism trial in Canada.

The judge in Brampton, Ont., who sentenced the 21-year-old man declared that, with credit for his time already spent in custody, the man had served his time and could be freed.

The man was found guilty in September 2008 of participation in a terrorist group that was plotting to blow up buildings in downtown Toronto.

He was not a ringleader and his involvement included attending two terrorist training camps, shoplifting items from a Canadian Tire store and removing a surveillance camera.

In a letter to the court, the man promised to work hard to contribute to society and declared, “I do not believe in participating in violent acts against anyone.”

He was 17 at the time, so he was tried under youth justice laws. However, the judge found he had continued his activity with the terrorist group past his 18th birthday, so he was sentenced as an adult.

He also given three years probation, prohibited from owning weapons for 10 years and ordered to submit a DNA sample.

The media still cannot name him, because the judge granted a defence request Friday to keep the man’s identity shielded for a month while his lawyers have the chance to appeal his conviction.

Earlier this month, Saad Khalid, 22, pleaded guilty to aiding in the 2006 terrorist plot. He is expected to be sentenced in June.

The 18 men and youths were arrested in the Toronto area and detained following an investigation by CSIS, Canada’s spy agency.

Seven of those accused have since had their charges stayed or dropped. The remaining individuals have yet to stand trial.

The offences allegedly took place between March and June 2006 in Mississauga and a rural township near Orillia, Ont.

The Crown alleges the group planned to bomb the CN Tower, the Toronto Stock Exchange and the Toronto CSIS office.