Please England give up the charade. You are a Muslim nation now. Stop pretending you are a secular state which allows freedom and liberal values but are retending to reasonable accomodation to Islam. You shame yourself twice by pretending.

The hospital that banned paintings of churches

It was supposed to be a kind gesture to brighten up a hospital for patients.

But a council managed to enrage local artists when it asked them to contribute their paintings to hang in wards.

In an unsolicited letter, Havering council in East London made it clear it would accept pictures of any subject – except churches. 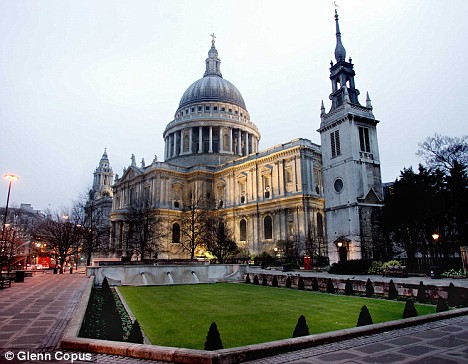 St Paul’s Cathedral: Images of this iconic London church would not have been permitted at the Queen’s Hospital at Romford

The explanation given was that the hospital had to be ‘mindful of all religious denominations’.

Many artists could not understand why images of Christian buildings were banned, but those of other religions were welcome.

She wrote: ‘Whilst the building is spacious, it has many plain black walls which are crying out to be brightened up!

‘The matron of patient environment is keen for local artists to use the space as a gallery.

‘The hospital has asked artists not to submit paintings of churches as they have to be mindful of all religious denominations.’

Artist Roy Storey said that when he phoned the council to complain he was told it was the matron’s decision if she did not want pictures of churches.

Local painter Beryl O’Brien, 71, said: ‘There are so many religious beliefs, why would they pick on churches?

‘What about synagogues? A painting is a good picture because it is a good composition, not because of the religion.

‘It seems ridiculous to try to be so inclusive, and by doing that exclude people who are tolerant to some extent.’

Mrs O’Brien said the hospital had tainted what was a ‘lovely idea’. She did not know anyone who had submitted a painting yet.

A Havering council spokesman said the terms of the initiative were set by the hospital and the council had only been asked to pass on the information.

A spokesman for Barking, Havering and Redbridge University Hospitals NHS trust said its director of nursing had no knowledge of the letter’s content and therefore it had no comment.

One Reply to “British hospital bans paintings of churches.”